Ready To Do It Seguin 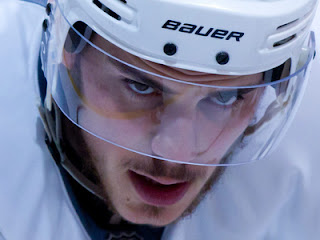 What a difference a year makes. After Boston’s unceremonious second-round playoff exit, there was an air of uncertainty surrounding the team going into 2011. Tim Thomas, only a season removed from winning the Vezina trophy, was hampered by a hip injury that forced him to surrender the starting job to backup Tuukka Rask. The team’s greatest offensive threat, Marc Savard, suffered what now looks to be a career-ending concussion. And, to top it all off, a town whose greatest sporting achievement is coming back from a three-games-to-none deficit against the hated Yankees en route to its first World Series in 86 years, had to watch as one of its own teams suffered the same fate.

With Boston’s Stanley Cup drought in danger of heading into a fourth decade, questions were raised regarding the futures of head coach Claude Julien and General Manager Peter Chiarelli. When Chiarelli took the helm in 2006, he said at his press conference that “the instructions given to me by the Jacobs’ are very clear, and that is to return a winning tradition to the Boston Bruins organization. And I am going to do that.” But four years and three early round losses later, the Bruins remained the only team in Boston over the last ten years not to bring home a championship. And so, Chiarelli took a gamble, sending disgruntled forward Phil Kessel, a legitimate 30 goal scorer, to Toronto for two first-round draft picks.

As soon as NHL deputy commissioner Bill Daly announced that the Bruins had the second overall pick, B’s fans began to dream about the possibilities. They had watched as young superstars like Sidney Crosby and Jonathan Toews had taken the league by storm and led their teams to the Stanley Cup. In short, the yet-to-be-named prospect was going to be the saviour of the franchise. In the weeks leading up to the 2010 NHL Entry Draft, the Taylor v. Tyler debate raged on over who would go first overall. Although some in the Boston media, such as WEEI’s Dale Arnold, did their best to try and convince themselves that the Bobby Orr-represented Taylor Hall was coming to Boston, everyone else in the hockey world knew Hall was a lock to go to Edmonton, and that the Bruins would be more than happy to take Tyler Seguin second.
The excitement generated by Seguin, along with the acquisition of power forward Nathan Horton, served as the perfect cure for the sickness felt by Bruins fans following game seven of the eastern conference semi-finals. Seguin’s first summer as a Bruin included ceremonial first-pitches at Fenway, filming bad Dunkin’ Donuts commercials and having thousands of fans come out to watch him at development camp. When the season finally started, the hype seemed to be justified as the rookie got off to a quick start scoring three goals in his first eight games, causing even Bill Simmons (a Bruins ‘pink hat’ if there ever was one) to tweet “Things I didn't expect to be doing on Oct. 30th: Checking my blackberry to see if an NHL player scored. (And he did!) #tylerseguinbandwagon.”

But the scoring soon slowed down as the rookie adjusted to life in the pros as well as to Coach Julien’s defense-first system. That said, the kid had a modest rookie campaign, netting 22 points (11G, 11A) while averaging just over twelve minutes of ice time. Obviously, the most memorable part of the year were the three highlight reel goals scored against Tampa in the conference finals, where Seguin gave the hockey world a small taste of what has yet to come.
In retrospect, it was in many ways a perfect rookie season. Sure, Seguin didn’t put up the point or goal totals of a Jeff Skinner or Michael Grabner, but while they were battling for the Calder, Seguin was getting on-the-job experience in the Stanley Cup Final and gaining invaluable knowledge playing with veterans like future hall-of-famer Mark Recchi.
What lies ahead for Seguin? During this short off-season, he received the key to his hometown of Brampton, drank Grey Goose out of Lord Stanley’s Cup with some of his closest ‘friends’ at Embassy Nightclub in Toronto, and worked on his golf game. When the 2011-12 season gets underway on October 6th, the Bruins will be at home to face the Flyers. But the defending Stanley Cup Champions will have a different look. The departures of Michael Ryder to Dallas and Recchi to retirement leave two holes in the line-up that need filling, and Seguin will see a marked increase in playing time. Realistically speaking, Julian will probably start him on the third line; but if Seguin can increase his offensive production while improving his defensive game, it should garner a promotion to the second line where he could thrive playing alongside Brad Marchand and Patrice Bergeron. He should also see an increased role on special teams, adding much needed life to Boston’s comatose power play. The PP seems like a perfect fit for Seguin, allowing the Bruins to take advantage of his offensive creativity without having to be concerned for him as a defensive liability.

Still, there are sure to be more ups and downs throughout his sophomore season. But I think the Bruins will stick by the kid and allow him to work through any struggles he encounters. After all, the team showed their confidence in Seguin’s ability to play at the top level by placing him in 74 games last year, and I can’t see the Bruins sending him down to Providence now. Plus, with Boston’s Stanley Cup run still fresh in everyone’s mind, some of the pressure should be taken off the future face of the franchise, allowing Seguin the time to develop into the star he is projected to be.[endtext]