Nathan Horton chooses not to play hockey during lockout 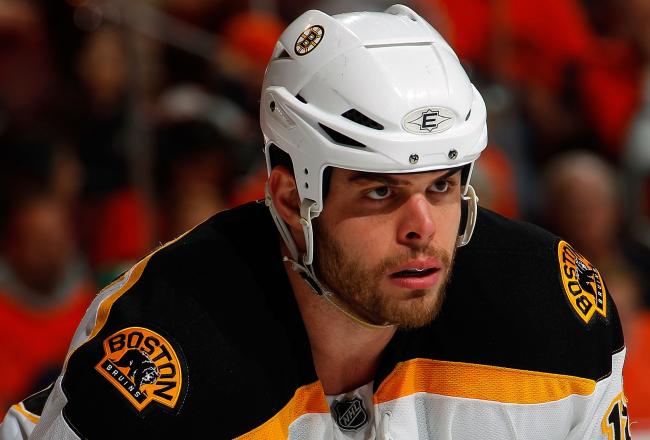 "While Bruins players are quickly finding places to play during the lockout, at least one player won’t be going anywhere. Nathan Horton, who has been shut down in each of the last two seasons due to concussions but was cleared for contact over the summer, will not play hockey during the lockout, Horton’s agent told WEEI.com on Friday.

Agent Paul Krepelka said that Horton is “doing well” and that his decision to not play hockey during the lockout “has nothing to do with his health. Just his personal choice.”

Horton, 27, did not play again last season after suffering his second concussion in seven months in a 6-5 win over the Flyers on Jan. 22. In 46 games last season, the right wing scored 17 goals and added 15 assists for 32 points. Horton also saw his 2010-11 season end early when he suffered a concussion on a hit from Canucks defenseman Aaron Rome in Game 3 of the Stanley Cup finals."

Probably a smart decision on Horton's part. Even if his agent says it's not health related you never can be too cautious after all those concussions. Who knows when the lockout might end. Neither side has had their PartyPoker UK all-in moment yet during negotiations. It's possible Horton will change his mind if the lockout ends up a prolonged affair. Right now Bruins fans have to be pleased with him sitting out while the lockout is in place.