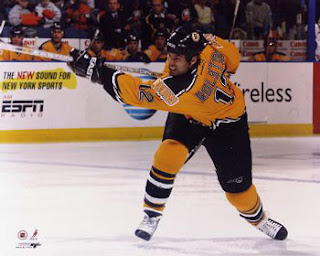 It appears Rolston, 39 will hang up the skates after not being able to find work before the former CBA expired.

Rolston came on board late last season to try and help the Bruins make another cup run. He played in 21 games, scored 3 goals and had 12 assists. He also had a +/- rating of 7.

“ I've had a great career,” Rolston said. “You play for 17 years, I’m very content. At the same time you have that feeling like, ‘Am I really done?’ You've been doing it so long, you feel like you have to go back and do something. But I’m happy if this is the end of my career. I've faced the reality of that.”

The lock-out has affected other seasoned vets as-well. Guys like Mike Knuble, Dwayne Roloson and others will also face the decision to stick it out and look for a job or retire and work on their golf swings.