Keys to The Game Vs. Florida-Marchand Fishing!

The Bruins don't have to go far for their next game. After a two day break in Florida the Bruins are going from Tampa Bay to Sunrise Florida, right near Miami. Florida road games are usually the most relaxing for the Bruins and this year is the calm before the storm. The Bruins get to spend a few days in Florida before March roles around and the schedule hits hard. 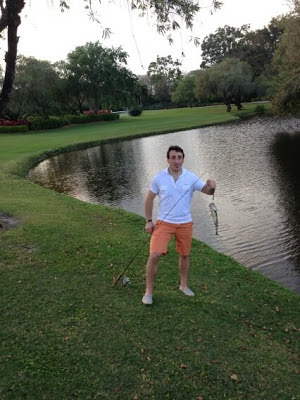 So far this season Florida is 5-8-4 and are behind the Winnipeg Jets, Carolina Hurricanes, and Tampa Bay Lightning in the South East. Florida has a decent team and a goad mix of young and old players but the Panthers goal tending is what has been killing the team. Jose Theodore has a goals against average of 3.37 and backup tender Scott Clemmensen has a goals against average of 3.87. Both tenders save percentage are in the .800's.

The Panthers offense though has been bolstered this year by rookie Jonathan Huberdeau who has 8 goals and 5 assists in 17 games. The Panthers also have very strong offensive defense men in Brian Campbell, Ed Jovanovski, Dmitry Kulikov, and Erik Gudbranson.

1) Horton. Horton got two goals versus the Lightning and almost got a empty net hat trick. In the keys to the game Vs. Tampa Horton getting a goal was a key to the game because Tampa was the team he scored in game 7 against on the Stanley Cup run. Those two goals hopefully got Horton going again. If Horton got another goal it could very well be all he needs to get back to his former and self. Who better for Horton to score another one against than his old team, the Florida Panthers.

2) Defense Vs. Offense. The Panthers actually have a very talented offensive team. Unlike the Lightning the Panthers offense is much more balanced and anyone on the Panthers could score, including their defense men. The Bruins will have to impose their physicality and defensive prowess to beat the Panthers. 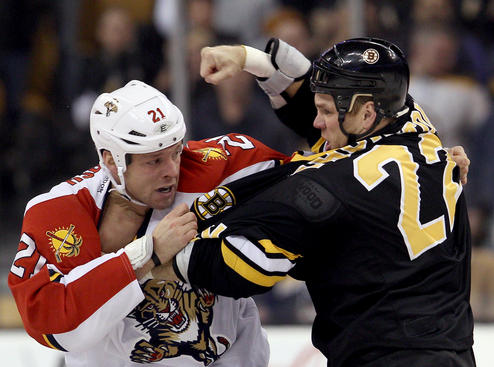