Sabres 3- Bruins 2 In a Shootout 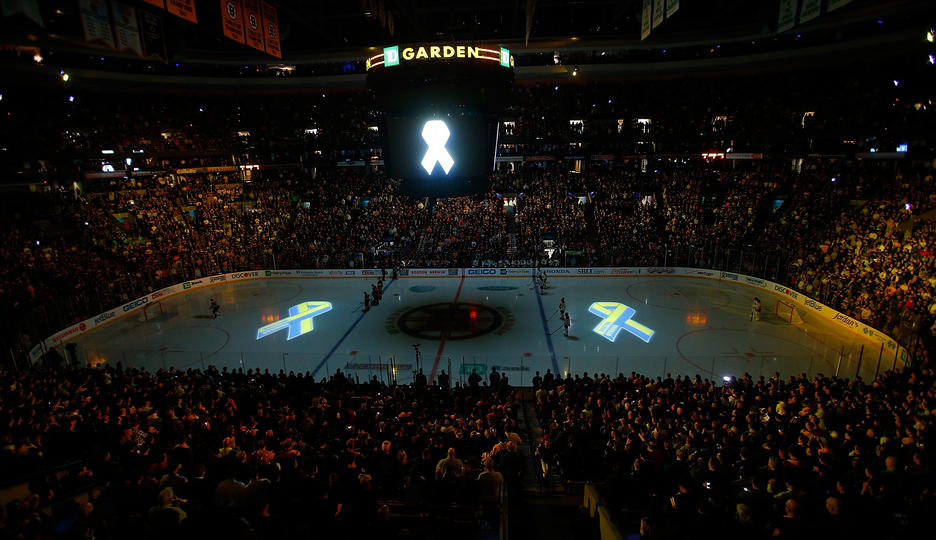 An emotional night for both the city of Boston and the Boston Bruins, as two days after the tragic events that took place Monday at the Boston Marathon the Bruins took to the ice for the first sporting event in Boston since then.

The Bruins came out of the gate with a whole lot of energy, fighting for loose pucks and showing Boston that they have our backs.

Daniel Paille broke the seal 5:45 into the game on a pass from Chris Kelly.  The Bruins played a solid first until Buffalo went on the power play and converted on a Christian Ehrhoff shot that redirected off of Thomas Vanek's stick and past Bruins goal tender Anton Khudobin.

The Bruins scored again in the second period as Chris Kelly lofted a puck over an outstretched Ryan Miller's pads.

Andrew Ference came up with a game saving save as time was winding down in the third, but committed a delay of game penalty resulting in the Sabres equalizer by Cody Hodgson.

The game couldn't be settled in over time and Drew Stafford put the only shootout goal past Khudobin to send Buffalo home with 2 points.

The Bruins clinched a playoff spot with the point and moved ahead of Montreal in the standings due to one less game played.

The Bruins had a number of chances to blow this one out, but couldn't get the puck past Miller.

The power play went 0 for 2 and the PK went 2 for 6, killing a critical 4 minute double major early in the third.

The Bruins stay home as Pittsburgh comes to town for a Friday night showdown. Expect the Bruins to have some more emotion in the tank after what happened between Pittsburgh and Jarome Iginla, and also the debut of Swede Carl Soderberg should raise some excitement.

At the end of the game both the Bruins and Sabres skated to center ice and raised their sticks, a classy move by both clubs.