Bruins vs Rangers: Keys to Game 5

The Bruins couldn't close out the sweep on Thursday night so game 5 is on for tonight. The Bruins played great in game 4 but Tuukka Rask blew the game for them because it really looked like he got drunk in between periods when he fell down on his butt and let in a goal.

Game 5 is now at home though and the Bruins really need to cap off the series tonight or else Boston will spiral into the same dismal state as round 1.

That said, the Bruins just can't have Tuukka flopping around on his butt. Heck, even Seguin scored. It would have been a great game to win had Tuukka not blown it. So if Tuukka can return to his game 3 form then the Bruins can win and move on. 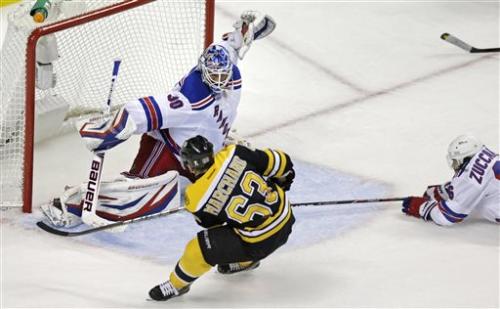