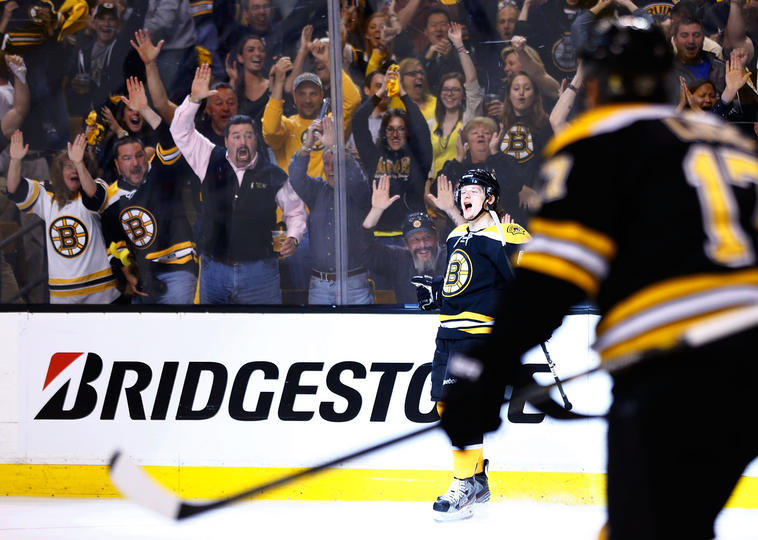 Behind goals by Torey Krug, Gregory Campbell, Johhny Boychuck, Brad Marchand and Milan Lucic, the Bruins rattled King Henrik and gained a 2-0 series lead on the New York Rangers to the tune of a 5-2 victory.

The Rangers found the answer for each of Boston's first two goals, scoring on two breakaways by Ryan Callahan and Rick Nash, but the Bruins sacked up on defense and prevented the Rangers from making it a game.

Tuukka showed Henrik that he should be one of the finalist for the Vezina, following up his excellent game one performance with 35 saves on 37 shots.

Torey Krug continued his impressive play, after getting called up from Providence before the series began, as he scored a goal and assisted on Gregory Campbell's goal.

If the three rookie defensemen continue their solid play, it will be interesting to see what Claude does once Seidenberg, Ference and Redden are healed.

Game three will be played Tuesday night at Madison Square Garden as the Bruins try to take a commanding 3 game lead in the series. Remember, the Rangers won 4 out of the last 5 games after loosing the first two in Washington during the first round.