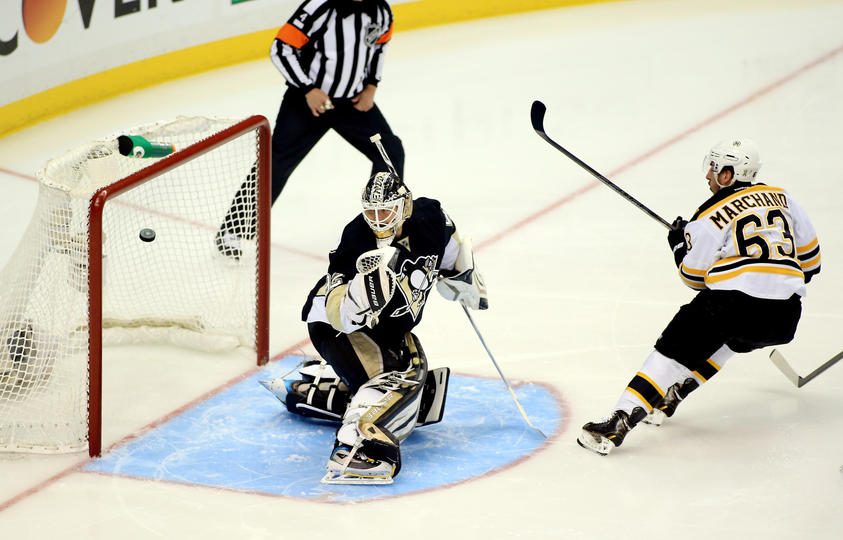 Tuukka made 26 saves, the first two lines combined for 5 goals and Johnny Boychuck deepened the round hitting a bomb late in the third to give the Bruins a HUGE 6-1 win and a commanding 2-0 Eastern Conference Series lead.

The Penguins were an absolute no show, as the Bruins scored 4 first period goals and basically toyed with them for the final two periods, humiliating Pittsburgh in back to back games in front of both their fans and the world.

Where is Crosby and Malkin. The two have been smothered by the B's defense the first two games. Interesting fact, Crosby has only one point (a goal) in now 5 games this season.