The 2014 Winter Olympics are approaching as fast as the NHL season. With the green light given to NHL players to attend the Olympics, players have already been invited to orientations. Every year each country seems more talented, from the Czech Republic to Mother Russia. Of course the two top dogs share the same border and love for hockey. The United States of America and Canada. 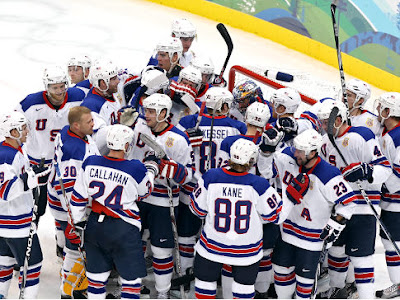 Brad Marchand, Patrice Bergeron, and Milan Lucic were all invited to team Canada's orientation and Coach Cluade Julien will be an assistant head coach on team Canada. Unfortunately no American Bruins players made the USA roster. Sorry Krug and Bartkowski, but something tells me Ryan McDonough and Brooks Orpik will do a little better.

As of right now the USA has invited 48 players seen below:

While many of the guys won't make the cut, we just have to hope coach  Dan Bylsma can coach better in the olympics than he did in the Eastern Conference Finals.