Bruins vs Blues: Chara Is In Russia 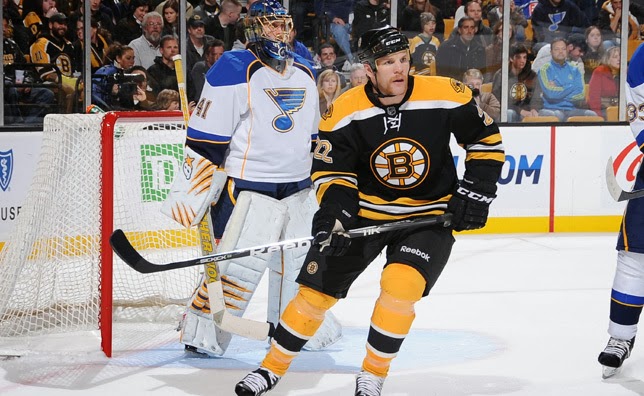 The Bruins are going to play one of the best teams in the NHL tonight, the St Louis Blues. The Bruins will be with out Chara who has already left for Sochi Russia because he will be carrying the flag for his country in the Olympics.

The Bruins are going up against one of the best teams in the West with one of the worst defensive lineups they have had in years. Not because the talent isn't there but because the experience isn't there for the Bruins young defensemen stepping in for a battered defense.

1) St Louis Is Stacked: The St Louis Blues have a great defense and a great offense. They are the first team on every ones list to trade for goalie Ryan Miller and they won't have to trade any major pieces to this years success to get him. Its the reason need to play well against the Blues because the two teams could very well end up playing in the Stanley Cup.

2) The Defense Obviously: The Blues do have a very strong and talented offense that also has something most Western Conference teams dont have, depth. With no Chara, Seidenberg, or McQuaid, the Bruins are looking at two guys who started the season in the AHL (Miller and Warsofsky) and a usual healthy scratch (Bartkwoski) to help man the defense.

It'll be tough for the kids to step up without Chara in the lineup but with a defensive minded coach like Claude its possible. It'll have to be done for the Bruins to beat the Blues.