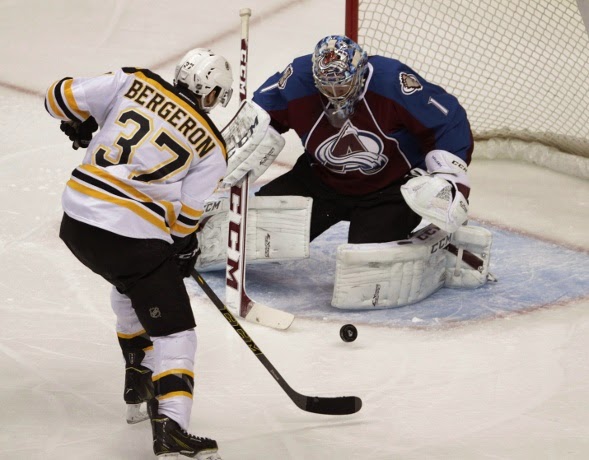 The Boston Bruins are the first team to do two things this season and they both happened Friday night. The B’s shutout the Colorado Avalanche, which no other team has done, and with the win they are the first team to officially clinch their playoff berth. They are leading the Eastern Conference by six points over Pittsburgh with just 12 games left on the schedule and they are currently riding an 11 game winning streak. Out of the top five teams in the NHL the Bruins are the only team representing the East.

Only four of the Bruin’s 12 remaining games are being played in Boston however. The road can take its toll on any team so it is a relief that the pressure is already off to make it to the playoffs. Now they can get guys rest that need it and rely on the depth that got them through the injury plague that surrounded the team in the first half of the season.

There are nine players that have played at least one game for Boston who would normally be playing solely for their AHL club the Providence Bruins. One of the standouts from Providence who has worked his way into a more permanent role with the NHL club is defenseman Kevan Miller. After Dennis Seidenberg was sidelined with an ACL/MCL tear Miller came in to fill the void. A strong, hard hitting defenseman who reminds me of the way his teammates Johnny Boychuk and Adam McQuaid play the game. 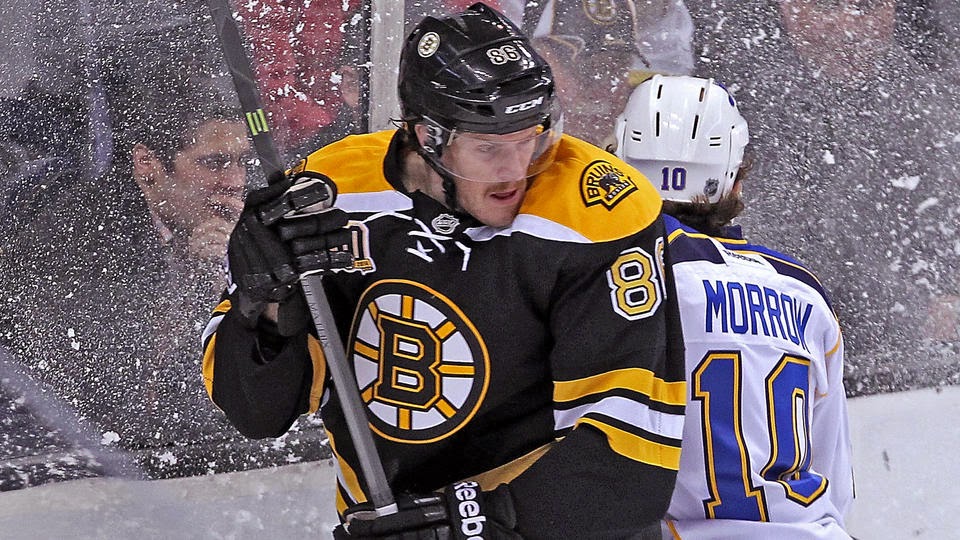 Miller’s play impressed and became vital to the Bruins so much so they signed him to a two year, one-way contract for $1.6 million ($800,000 per year). Unlike a lot of his defensive counterparts like Torey Krug, Miller isn’t there to end up on the score sheet. In 37 games played he only has one goal and four assists. He makes his gains on the other end of the ice with a +15 rating and 25 penalty minutes. You might be saying, aren’t penalties a bad thing? While sometimes true, I don’t trust a defenseman who doesn’t get penalties. You get penalties by pushing the boundaries of what’s allowed and what isn’t, not to mention jumping in and throwing the fists every now and again. Miller has three fighting majors in 37 games.

Miller is simultaneously trying to fill the defensive void left by Seidenberg and the back end toughness that has been missing for the majority of the season with the absence of McQuaid. McQuaid has only played 30 games this season missing huge chunks of the season with lower body injuries.

With nine players capable of playing, and helping the team win, at the NHL level and a backup goaltender in Chad Johnson who has two shutouts himself on top of starter Tuukka Rask’s league leading six the Bruins are in great position to come into the playoffs with the right players well rested. Not only that but playing into their depth won’t necessarily mean giving up potential wins or their number one seed in the Eastern Conference. If they can get guys like Zdeno Chara and Boychuk, who are playing well over 20 minutes a game, a little bit of rest before making the push for the Cup I think it can only help the chances for a repeat appearance in the Stanley Cup Finals.

Let us know if you think the team needs rest or keep it business as usual by leaving comments or by following and Tweeting us @BruinsLife or @Billman93 on Twitter.