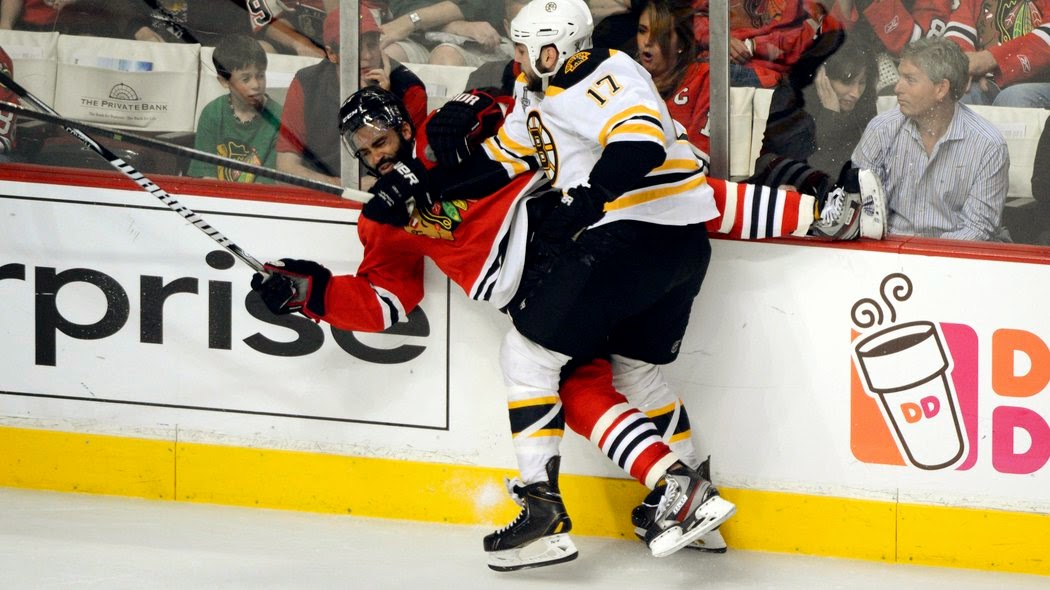 The Blackhawks are in Boston to play the Bruins tonight in a rematch of last years Stanley Cup Finals. The Blackhawks will be without Patrick Kane, which is good news for the Bruins, but boy would it be entertaining to see him play.

The Hawks are 42-16-15 and are second in the Central Division. The Blackhawks, as we all know, are a great team. Even without Patrick Kane they are still a great team which is a scary concept. It'll be an emotional game but it shouldn't get out of hand, both teams were very classy in last years Cup Final.

Key To The Game
For the Bruins to beat the Hawks tonight they have to pay most attention to Patrick Sharp. Sharp has been hot as of late and has been good all season with 30 goals and 41 assists. With the other Patrick out, Patrick Kane, Sharp has become the Hawks next best scoring option. The Bruins will have to focus on Sharp and shut him down.