Bruins vs Capitals: no Meszaros tonight 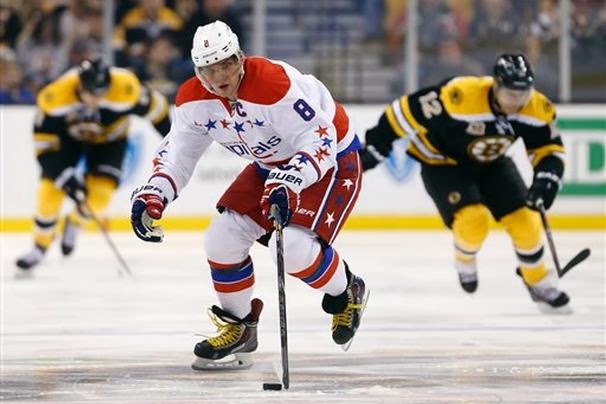 The Bruins are at home tonight to play the Washington Capitals who made some big moves at the deadline. The Capitals acquired goalie Jaroslav Halak from the Sabres and Dustin Penner from the Ducks. The Bruins acquired Andrej Meszaros who wont be making his Bruins debut tonight.

The Capitals are coming off of a 6-4 loss to the Flyers in a scrum of a game. Holtby was pulled after four goals but will get the start tonight against the Bruins. Halak will be on the bench tonight if things go awry for Holtby and the Caps, but it seems unlikely, as Holtby plays his best games against the Bruins.

Key To The Game
The important thing in tonight's game is Ovechkin. Obvious. Right? Well it goes both ways actually. Though the NHL stud has 44 goals and 23 assists, the winger has a -23 plus/minus. Which isn't exactly what you want from your star player.

So the Bruins have to prepare for Ovechkin, but also be prepared to take advantage of his lines weak defensive play. It also may be Bartkowski's last game for a while. It'll be interesting to see what he does to step up his game tonight against the Caps.