Bruins vs Panthers: from Thomas, to Loungo 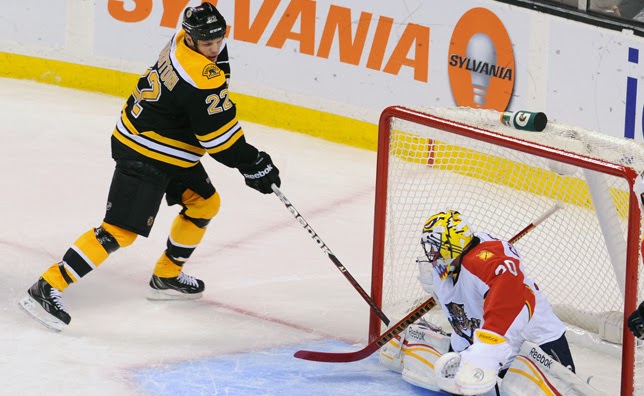 The Bruins are in Florida, if you couldn't tell from looking at Claude, for the second game of their Florida road stint. The Bruins will be playing another team that made a big move at the deadline, a move that means they'll play Loungo instead of Thomas when they face the Panthers.

We as might as well pump the tires of the Florida Panthers for their trade deadline. They acquired a solid franchise goal tender and resigned one of their most important forwards, Brad Boyes. But Loungo has had some trouble against the Bruins in the past, to say the least, and it'll be interesting to see how he does on Florida.

Bruins Keys To The Game

Loungo Time In Florida- This game depends a lot on how well Loungo does. Loungo has done well against the Bruins at home, but is he home yet? Its true Loungo has played for the Panthers before but Panthers games usually pull a good amount of Bruins fans. Will Loungo cave, or will he actually have a good game?

Smith Is The Savior- Reilly Smith hadn't scored a goal in 11 games but he was the one that won the game for the Bruins in the 7th round of the shootout. Hopefully that restored Smiths confidence and he will start turning out goals again.