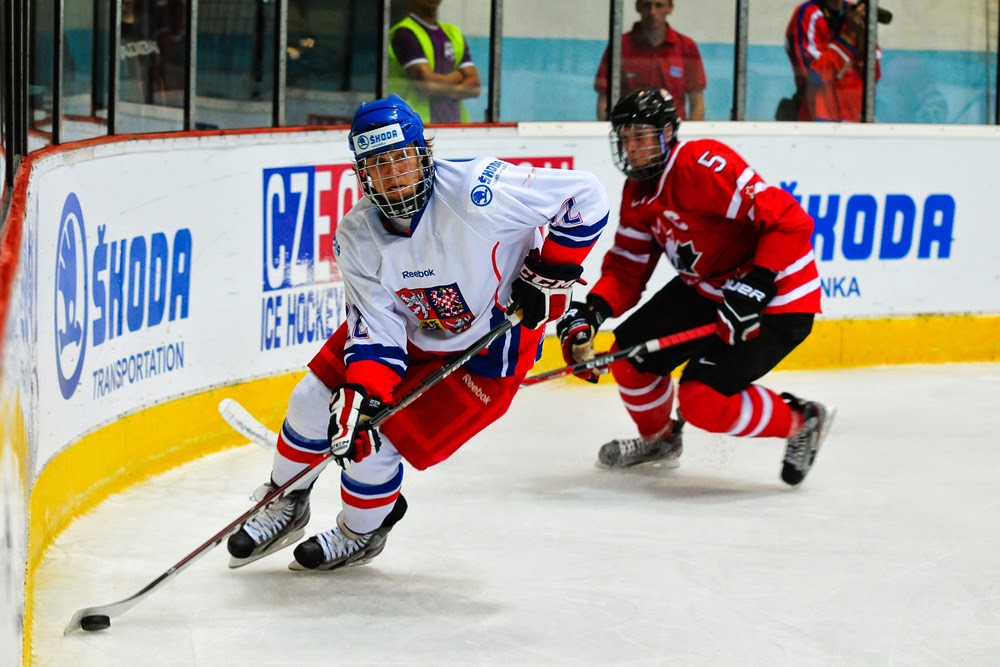 It took an hour and a half plus, but the Bruins finally made their pick in Round 1 of the 2014 Entry Draft. And with the pick the Bruins drafted Czech native David Pastrnak.

Pastrnak stands at 6-foot-even, weighs 168 pounds and has a right-handed shot. Pastrnak plays for the Sodertalje SK in the second division of Swedish hockey. The 18-year-old winger played in 36 games, scoring eight goals and tallying 16 assists for 24 total points this past season.

The book on Pastrnak reads as follows:


Climbing the ranks quickly, David Pastrnak has been flashing his exciting offensive skillset at every level, most recently at the World Junior Championships. Using quick agile cuts and dazzling puck skills, Pastrnak attacks quickly often making defenders look foolish along the way. He hounds pucks in an unrelenting way and doesn’t steer away from traffic but his underdeveloped frame can hold him back occasionally in puck battles. The young Czech forward has been fantastic in Allsvenskan professional action and he currently leads his men’s team in scoring as a 17-year-old.


Pastrnak is a gifted offensive talent with great speed and agility. He has the ability to control the puck for long periods of time, which makes defenders play off him trying to get positioning, leaving open pockets of space for him to slice through. What's lacking in Pastrnak's game is the lack of physicality and toughness, but that isn't to say he is afraid to both give and receive contact. Pastrnak has to grow into his body and put on the pounds before he can compete at the NHL level.