Three Ways the Bruins Can Turn This Season Around 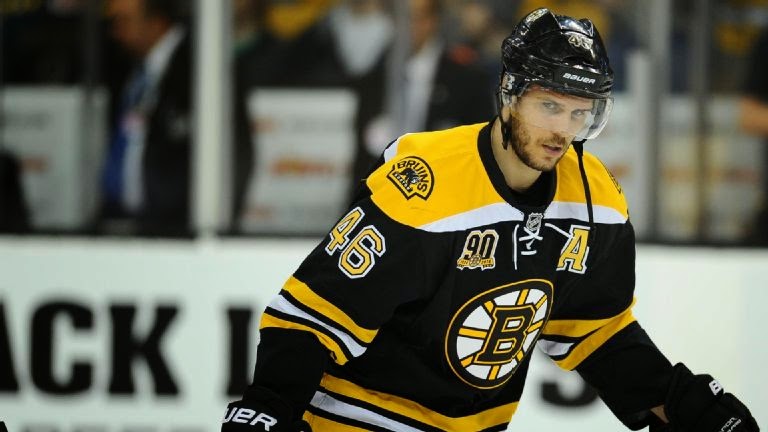 The Boston Bruins have been far and away the most disappointing team through the first half of the NHL regular season. If the season were to end today, the reigning President’s Trophy winners would be on the fringe of the playoffs.

There’s obviously still time for the Bruins to turn things around, but and if the Kings of the last few years are any indication, good teams don’t need to finish in first or second to make a deep playoff run. Still, it’s a worthwhile exercise to review what needs to improve for the B’s going forward. Here are three keys to the Bruins turning their season around:

The injuries to key players has certainly been a major factor this season, but the cavalry is coming. Zdeno Chara finally made his return recently from a torn knee ligament, while the return of top-line center David Krejci is expected any day now.

The loss of those two was by no means the only reason for the Bruins’ decline, but it’s definitely a big one. Having a full strength lineup should make the B’s bigger favorites in the betting lines, such as those seen at this sportsbook.

Krejci’s return should have an especially significant impact on a Bruins offense which has sank from 3.15 goals per game last season to 2.45 this season. The loss of joint-top scorer Jarome Iginla and his 30 goals didn’t help but this was a team that relied on all-around production as opposed to a single superstar carrying the team.

Patrice Bergeron and Milan Lucic (30 and 24 goals last season, respectively) have had pretty down years with less than a dozen goals between them thus far, but both have the proven track records to suggest a second half surge could be coming.

As has been the case in the last few years, the Bruins are once again right at the bottom in terms of power plays opportunities this season. The issue this year has been converting on the chances they’ve gotten. Despite icing almost entirely the same power play units (less Chara and Krejci), the Bruins are 19th in power play percentage, when last season they ranked third.

For a team already struggling to score goals on 5-on-5 situations, maximizing their limited opportunities with a man advantage will be crucial in salvaging the season.

All told, the first of these three points may solve the latter two. If Chara and Krejci can return to and stay at top form, this should be a different time. But with fewer and fewer games left, there’s no time like the present to climb out of the Eastern Conference’s playoff bubble.