Keys To The Game Vs. Tampa

The Lightning didn't have to wait long to get another shot at the Bruins. The Bruins and Lightning last played Thursday February 21st. The Bruins won in the matchup 4-2.

Nathan Horton was the biggest contributor on the Bruins and scored two goals against the team he scored the OT winner in game 7 of the Eastern Conference Finals. The Ligthning so far this season are 9-10-1 and have 19 points. The Bruins on the other hand have been one of the most impressive teams in the East and havnt even reached their full potential yet.

Now the Bruins will have to once again go up against the Lightning once again.

1) Can Horton Continue. Nathan Horton got two goals against the Lightning and then got a goal against the Panthers the next game. These goals where hoped to be the starting point in Horton's scoring resurgance. It helps that Horton gets to face Tampa Bay again so recently. 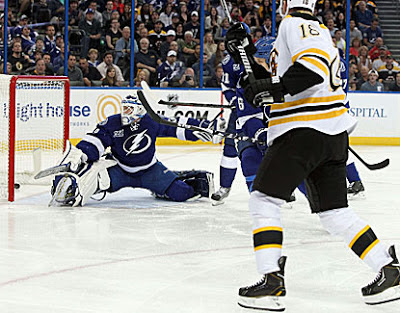 2) Stopping Stamkos. Again. Stamkos is the best scorer in the league and continues to prove it with 14 goals and 17 assists to go along with the goals. Stamkos got a goal against the Bruins the last time the two teams played when he was given an easy shot above the blue line. The Buins defense men have to shut down Stamkos to win the game. 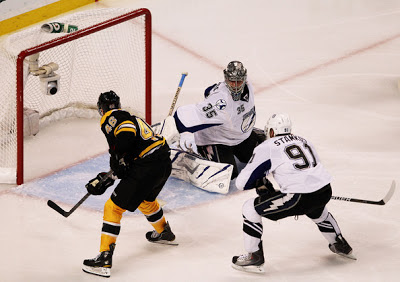