Keys To The Game Vs. Washington

The Bruins finally get another shot at the Washington Capitals. The last time the two teams played Tim Thomas was in net and Joel Ward got a game winning goal in OT.

So far this season the Capitals are 8-11-1 and are having a dissapointing season after upsetting the Bruins in the playoffs. Part of the Capitals dissapoitninis the continue of mediocre play from Alexander Ovechkin. Ovechkin has 8 goals and 8 asssists. 8 goals isnt exactly mediocre but Brad Marchand has more goals.

1) Revenge. Just one key to the game tonight. Revenge. The Capitals ruined the Bruins shot to get back to back cups. A lot of it was the Bruins fault but the Capitals didn't play modern NHL hockey. The Capitals put their grinders out more than the starts and just put the big guys in front of the net. Now that the Capitals have a new coach they have the old approach. Allowing the Bruins to out play the Capitals. The Bruins can impose their physicality on the Capitals scoring line. McQuaid or Thornton are due for a fight though and after the Montreal game, blood will be spilt. 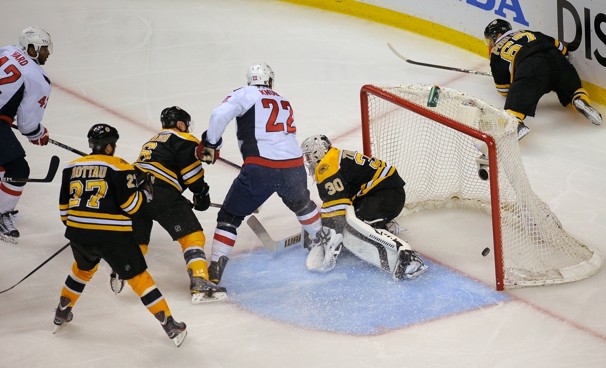