Once again Bruins fans can thank Phil Kessel for Tyler Seguin and Dougie Hamilton. Kessel was -2 on the night and only had two shots on goal. Seguin got had two goals and an assist. Bergeron also scored giving the line a combined 3 goals and 5 assists in the game. 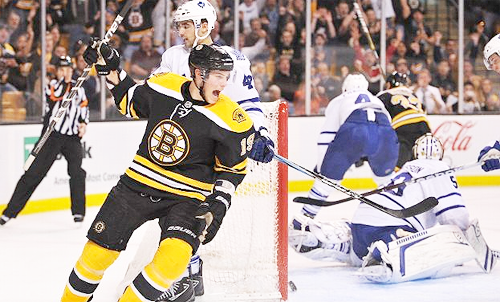 Anton Khudobin was in net for the Boston Bruins and let up two goals. Which is what you expect from your back up goalie. Khudobin made a few very impressive saves and was able to give Tuukka Rask much needed rest. Scrivens was in net for Tornto and gave up three goals and Seguin scored an empty netter.

After losing two games the Leafs provided a rebound game for the Bruins. The Bruins looked more like themselves and played tighter defense then versus Montreal and Washington. The Bruins had few lapses in defense and looked relatively good in a lock out induced season.

The Krejci line got a much needed goal when, David Krejci himself, scored a goal on Scrivens. The line has been cooling down recently after seeing great play from Krejci and Lucic at the beginning of the season and Horton more recently. 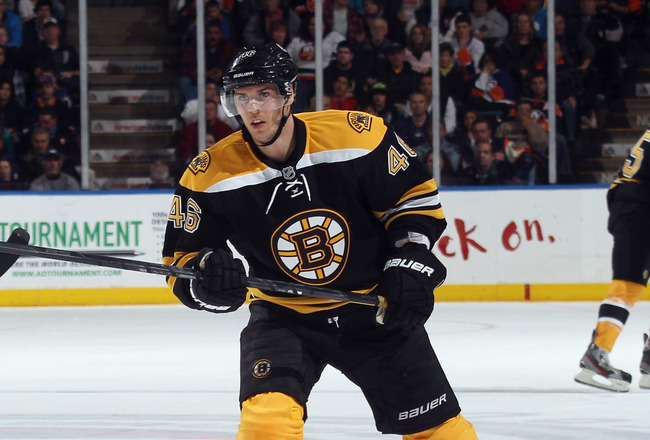 The third line played decent versus the Leafs. Each player on the line had a shot at a wide open net with Scrivens flailing around but all missed; Kelly hitting the post. The line has struggled this season with Bourque on the ice and will most likely see a new addition to the line through a trade.

In one of the best fights of the season Adam McQuaid fought Mark Fraser. The fight was a lot of very hard and powerful jabs. Fraser got the uperhand at the beginning of the fight and won the fight though not as well as he would've liked. To beat McQuaid you have to be one of the toughest players in the NHL. You can see the fight below.