Soderberg and Bruins Agree To Deal 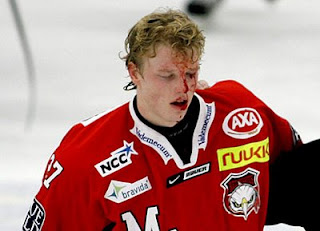 It's official, The Bruins have finally signed Swedish superstar Carl Soderberg to a multiyear deal. The only thing left is for the Swedish Ice Hockey Association to approve his transfer to the Bruins.

Soderberg will be eligible to play in the Stanley Cup Playoffs aslong as he plays in at least one game prior to the post season.

The 27 year old, is coming off his best season in Sweden with 31 goals and 29 assists in 54 games. At 6ft, 3in and 210lbs he should add the scoring and physical presence that is lacking on the bottom end of the roster.

Bruins president, Cam Neely, spoke this morning on 98.5 the Sports Hub and stated that they want to start him at wing.

The lines are already chaotic, so expect coach Claude Julien to start getting creative. 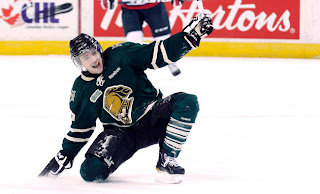 A side note, yesterday, the Bruins signed OHL forward, and 2012 5th round drat pick, Seth Griffith to a three year entry level contract. Griffith, 5ft 11in 185 lbs, had a fascinating season registering 33 goals and 48 assists in 54 games, a total of 81 points, which made him the OHL's top scoring right wing.

The Bruins go back at it tonight at 7:30 against the Devils. You can catch the game on NBCSN.