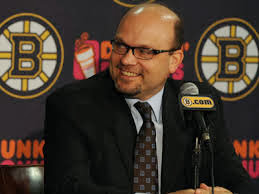 Last year's NHL lockout gave fans a brutal overdose of player contract language and salary cap discussion. The onslaught began on September 15, 2012 and placed the focus of the hockey world on salary arbitration, term limits on contracts, revenue sharing, salary cap concerns and hockey related revenue. Those dark and dreary days ended on January 6, 2013 and fans returned to NHL arenas in record numbers. Players were back on the ice and all seemed right with the world once again. The specter of the 2012-13 lockout just faded away.

For the management team of the Boston Bruins that was anything but the case. GM Peter Chiarelli was left to focus on maintaining personnel and staying under a $64,300,000 salary cap. With various personalities at play and changes in effect on term limits to contracts his task became much more challenging. What resulted over the course of the past 9 1/2 months was finely tuned wheeling and dealing with impressive results. 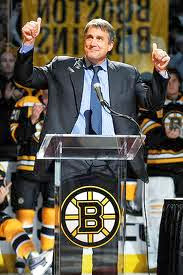 President Cam Neely and Chiarelli implemented a plan to lock-up talent and establish consistency in the Bruins locker room for the immediate future. The acquisition of Jarome Iginla on a one-year $1.8 million bonus incentive contract provided an additional veteran presence with tremendous upside. Through "The Trade" with the Dallas Stars and an import via the Swedish Elite League the Bruins landed the tandem of Loui Eriksson at $4.25 million per year through 2016 and Carl Soderburg at $1.008 million per year through 2015. The securing of Scandanavian talent continued with the signing of netminder Tuukka Rask through 2021 at $7 million per season.

Patrice Bergeron's contract extension supplants him in the Hub of Hockey until 2022 at between $5 and $6.5 million a year. Captain Zdeno Chara earns $6.9 million per campaign and won't become an unrestricted free agent until 2018. The core of David Krejci ($5.25 mil per until 2015), Milan Lucic ($6 mil per until 2016) and Brad Marchand ($4.5 mil per until 2017) have been secured for the short term with Dennis Seidenberg most recently locking in at between $3.25 and $4 million per season through 2018. The consistency of these contracts results in the opening of cap space over the next three years. 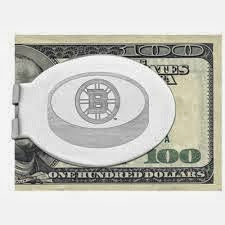 (Show them the money.)
{Photo via www.shop.nhl.com}

Neely and Chiarelli will have to utilize that cap space to address the contracts of Gregory Campbell, Danny Paille, Johnny Boychuk, Adam McQuaid, Dougie Hamilton (all UFAs in 2015) and Shawn Thornton, Reilly Smith, Jordan Caron, Torey Krug, Matt Bartkowski and Chad Johnson (all UFAs in 2014). There is little doubt that some of these players will find themselves playing in other cities while others will remain in Boston courtesy of healthy contract extensions. Expect their evaluations to be on-going throughout the next two seasons.

As fans we rarely translate player salaries into revenues for the franchise. We love the sport, embrace our Bruins and look forward to game nights regardless of whether we are listening on the radio, watching at a local pub or sitting in the TD Garden. We argue about who should or shouldn't be on which line. We debate whether or not certain defensive pairings are working. We scream with every goal scored and groan at every goal allowed. The Bruins' management sees things a bit differently. And they have to do so. Thanks to their vision and desire to establish consistency, it is a good time to be a Bruins fan. 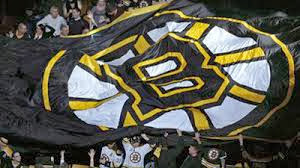 (It's a good time to be a Bruins fan.)
{Photo via www.sportsrants.com}