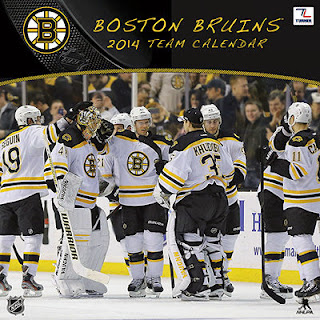 The Bruins October schedule seems to have a fear of early week games. So much that the Bruins just one game on a Monday this month, and not a single on either Sunday or Tuesday. Fun fact of the day, folks. Despite the strange occurrence, the B's schedule is very consistent throughout the month, in which the play every Thursday, and every Saturday.

Throughout the month, the B's will play a number of very good games, including another Monday game next week against Detroit (1 PM puck drop), and a couple of games at the end of the month against San Jose, New Jersey, Pittsburgh (Eastern Conference Finals rematch), and Anaheim. Plus the Bruins will head to Columbus to visit Nathan Horton and the Blue Jackets.

Here's the remaining October Schedule, in case you haven't seen (via bruins.nhl.com)

Thanks for visiting, and as always, Go B's!!!