Can the B's fight through injury plauged roster? 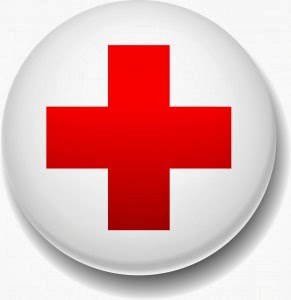 Adam McQuaid, Johnny Boychuk, Dougie Hamilton, Chris Kelly, Loui Eriksson and Shawn Thornton. No, I’m not naming some of my favorite players on this year’s roster. Those are the players that are injured or missing from action for the Bruin’s and most likely will be out for the remainder of this week with the exception of Boychuk who may return to action sometime during this Canadian road trip. McQuaid was downgraded from day-to-day and placed on the injured reserve, Kelly is on the long term IR with a broken fibula, Eriksson suffered his second concussion of the season against Pittsburgh, Hamilton went down, and back home to Boston for evaluation, with a lower body injury Sunday night, and Thornton is still waiting for the results of a disciplinary hearing with the league head office for actions taken against Brooks Orpik Saturday night.

The game Sunday night in Toronto saw at least a snapshot of what the team is capable of without all those players. Hamilton did start the game but left late in the 1st period leaving only 5 defensemen on the bench once again for the Boston back end. We saw contributions from guys who had to step up in the absence of others with Carl Söderberg putting away a power play goal and newly called up defenseman Kevin Miller scoring his first career NHL goal. The game ended in favor of the B’s 5-2 and backup goaltender Chad Johnson chalked up another win but going forward could prove difficult with 3 of their 4 lines getting jumbled and the 3rd line basically starting from scratch.

The 3rd line is where we are going to see the biggest setbacks, in my opinion. Smith being moved up and Kelly being moved to the long term IR breaks up a really productive 3rd line that had been playing really well over the last few weeks. It was especially welcome while the top 2 lines were struggling to find their stride. The 3rd line still has Söderberg but now with new line mates Ryan Spooner and Matt Fraser. If they can gel as quickly and effectively as Söderberg, Kelly and Smith there won’t be a problem but I expect a few growing pains as they start working together.

The defense is another story. A team that was already depending heavily on their younger defensemen had one of those young phenoms in Dougie Hamilton go down Sunday night joining veterans McQuaid and Boychuk in street clothes. While the backbone of the defense Zdeno Chara and Dennis Seidenberg are still intact the Bruins may be forced to bring up another defenseman from Providence to fill the roster back out because at this rate the B’s might be down somebody else by the time the Tuesday game in Calgary kicks off. There is a chance Boychuk will be ready to play Tuesday but a back injury is nothing to mess around with so I’m sure they aren’t going to push him too far if he isn’t 100% ready. 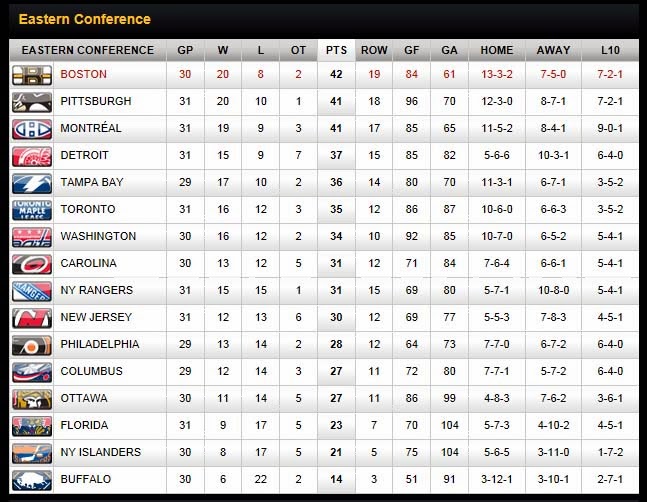 Luckily the Bruins are in a good position to weather the storm. As of this article they are sitting on top of their division and the Eastern Conference with 42 points. They have 1 point and a game in hand over Montreal in the division and over Pittsburgh in the Conference. On top of that, their schedule through the end of the month is about as soft as butter left out in the sun. While they are on the road for 6 of their next 10 games they are a little spread out with some cases of 2 or 3 days of rest in a row and they don’t play an opponent ranked higher than 8th in either conference. That would be the 8th place Vancouver Canucks out of the West. They have 2 games against a Calgary team who is sharing the Western cellar with Edmonton who they have 1 game against. They also have 1 game against Nashville, who is 3rd to last in the West just above the Flames and Oilers. They have 2 games against Buffalo and 1 against the Islanders who occupy the Eastern Conference basement and combined only have 14 wins and 35 points. The Bruins will also face Ottawa twice in the next 10 games who aren’t exactly lighting it up this year, just a handful of points out of last place themselves.

While they have an injury infested roster where we’re almost waiting to find out who is going down next at least the majority of the schedule is ahead of them and they have a little bit of a soft spot in the coming month with a great position in the standings.


Let us @BruinsLife on Twitter know if you think the Bruins can handle the injuries or if they should be battening down the hatches for a losing skid.