Bruins vs Jets: one last look 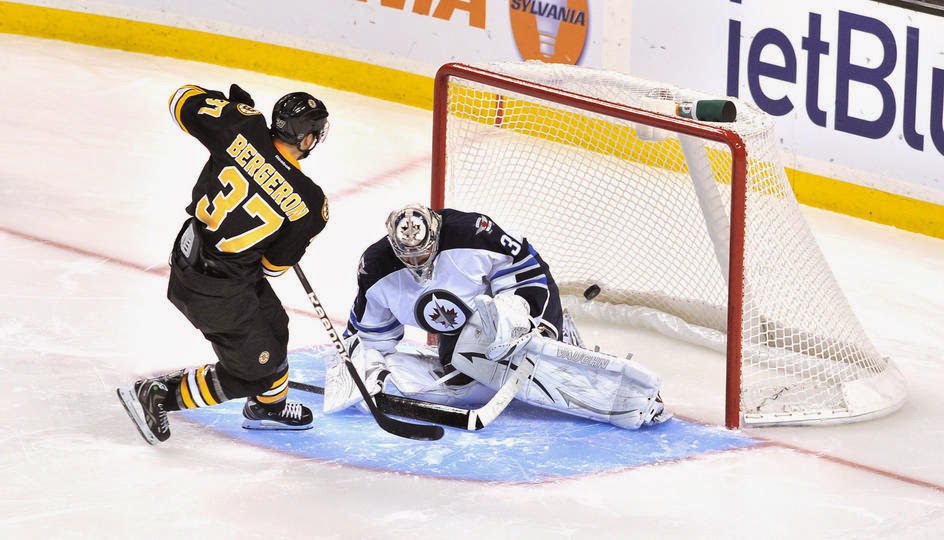 The Bruins are in Peg city to play the Jets, and it might be the last time Bruins fans see a Jets team this mediocre. The Jets are looking to cut ties with both Evander Kane and Ondrej Pavelec during the offseason, so things wont stay the same in Winterpeg for long.

The Jets are 7th in the Central division, with a .500 35-35-10 record. It's been a disappointing season for the Jets, but, they do have many bright spots. Like the solidarity of former Bruin Blake Wheeler, who has developed into the scoring power forward the Bruins always wanted him to be. Another former Bruin, former goalie prospect Michael Hutchinson, is the key to the future success of the Winnipeg franchise. You're welcome, Winnipeg.

Key To The Game
Focus on Kane, Wheeler- The Bruins need to focus on the Jets top scorers. If Pavelec is in net than the Jets will want to turn the game into a shootout and try to outscore the Bruins (sounds crazy right? Thats the Jets for ya). The Bruins should have no problem scoring on Pavelev though so they'll just have to stop the Jets scorers.

*Lineup subject to change due to resting players.