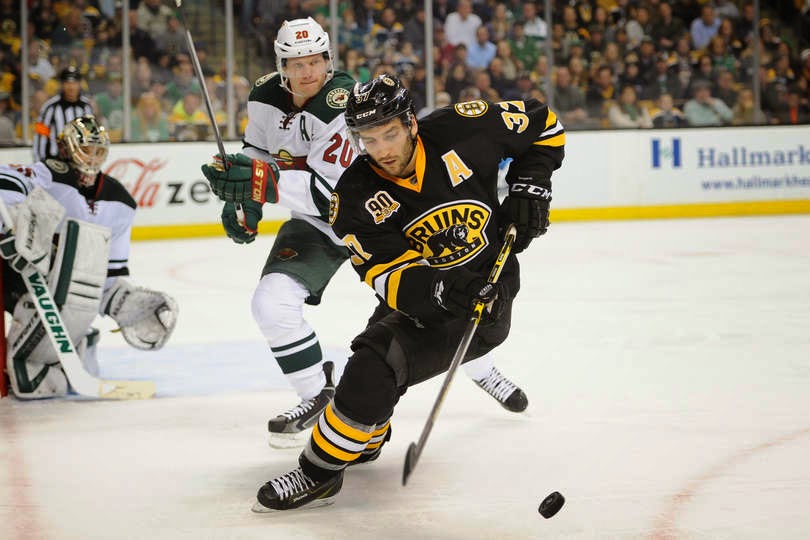 Yes Bruins fans, take it all in, the 2013-2014 regular season will soon be over for the Boston Bruins. Fortunately the Bruins will be in the playoffs, so we get to watch more hockey, and better hockey.

The Wild are almost in the playoffs with a 41-26-12 record. If they get at least one point against the Bruins tonight or if the Coyotes lose to CBJ or if Dallas losses to Nashville than they will clinch a playoff spot. With that said, its a tight race, and Minnesota would love to be able to clinch their spot themselves.

Key To The Game-
What Offense? The Minnesota Wild have always been good defensively and bad offensively. In recent years they have been slowly dissembling their defense and have started to get more offensive. In reality though, they still aren't a very offensive team, they have made their defense worse (overall), and have weak goal tending.

So really, whats the Bruins key to the game? Well they just need to play their own game. As long as they play solid defense and move the puck, the Bruins should win this game.

*Iginla and Miller are both out for tonights game. More scratches may come later.