Islanders Come to Town: Is the Power Play Improving? 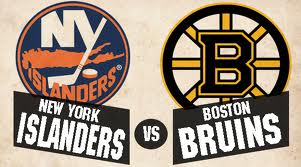 Ok, so I am obsessed with Dougie Hamilton. I truly believe he is going to be a difference maker for this team's power play and defense. Even though he is just 19 years old he has already helped on both ends.

On Wednesday against the Rangers Dougie made a few great checks to save scoring opportunities and ended the dreadful 0-11 power play when he blasted a puck from within the blue line which found a piece of Marchand's stick.

As I have mentioned in the past, the powerplay over the last few years has been gross. The Bruins have no sense of urgency and no sense of possession, constantly turning the puck over or letting it come out of the zone. However, this year the power play looks much different. They are actually keeping the puck in the zone for a considerable amount of time and are getting decent looks on goal. In three games I have seen the power play drastically improve since last year. They are possessing the puck more and making wiser decisions. Claude has implemented 4 forwards and one defense man, (Chara) on the first line while letting Dougie  and Seidenberg have been maning the points on the second unit.

Dougie seemed hesitant to shoot in the first two games, but perhaps someone talked to him as on Wednesday he was shooting the puck and one of them found the back of the net.

It will be interesting to see what happens tonight when a lesser opponent in the New York Islanders come to town. I truly want to see a blow out, but I thought they would blow out Winnipeg and we all know how that one went. The Bruins need to come out hungry and not let up. In a season where there is now 45 games left they need to get as many points as possible and beat these teams that don't deserve to be up at the top of the standings. If the Bruins can continue working the puck on the power play then we may start seeing some goals, and why not start tonight with a lesser team coming to town. Gain some confidence by knocking these fools around.