Does Marchand Need a Break? 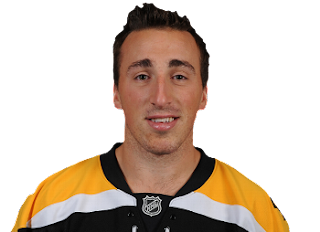 It has been a concern all year. Brad Marchand is not putting up the numbers that Bruins fans want to see. Through 24 games, Marchand has a total of 9 points (3goals, 6 assists). On the bright side, the Bruins are leading the Eastern Conference with a record of 16-6-2 for a total of 34 points, 3 more than second place Tampa and Pittsburgh.

The media is screaming for Claude to sit Marchand, but the question is who do we replace him with? Jordan Caron got the nod at the beginning of the season with Soderberg out, and he didn't really do anything. Spooner got a couple games but didn't really do anything to make him stand out. So, the question is, is it worth benching Marchand while we are playing so well?

My take is don't fix what's not broken. The Bruins are playing well as of late, winning 4 of 5 with one shootout loss. Although Marchand and the second line are going through a scoring drought, there is really no cause for panic. If the Bruins start getting blown out, and aren't playing like themselves, then yes we can start saying sit Marchand, but at this point let's see if Marchand grows out of it. Maybe it will only take one goal for Marchand to start turning it around, and with two big games in the next three games, the Bruins need all the help they can get to maintain their lead in the standings.


Do you think Marchand needs a break? Sound off in the comment section.