4 Reasons the B's are atop the East 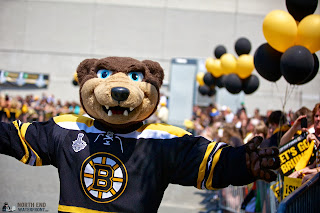 We're 24 games into the regular season now, and I think it's safe to say the Bruins are in a good place. Obviously, anytime you can sit atop the throne of the Eastern Conference is good, but the reasons the Bruins are here is what's really worth getting excited about. Here's why the B's are at the head of the pack:

1. Goaltending
As we've come to expect with Tuukka Rask, the goaltending thus far has been PHENOMENAL, with a capital PHENOMENAL. Tuukka's been a brick wall in net, posting a .942 save percentage, and a 1.69 goals against average. He sits at 3rd in the league in wins (with 13), despite being 6th in games played. His two shutouts tie for second, and he's 2-2 in overtime/shootout settings. Tuukka hasn't given up more than four goals in a game all season, and has held strong for nine games allowing just one goal. As mentioned, this is something we've come to expect from Tuukka, however, he hasn't been the only one in net for the B's.

Losing Doby after last season was tough, because he played very well behind Tuukka Rask. But the B's new right hand man, Chad Johnson, has been an extremely pleasant surprise. Johnson has sported an impressive 3-1 record, while posting a .917 save percentage, and a 2.21 goals against average. He's given up just two goals in all three of his wins for the B's, and gave up only three in his only loss.

Together, these two have teamed up to allow a league leading 44 goals against (the worst team in this category, Edmonton, had given up 88), with a 1.83 GA/G. Needless to say, these two are holding up their end of the bargain.

2. Defense
However, there's more to credit than just the goaltending for the impressive goals against numbers. The defense (as well as the offense) has played a big role in this too. The Bruins have a very well mixed defense, which includes a good combination of veteran, experienced players, such as Zdeno Chara and the soon to return Dennis Seidenberg, and young, talented blue-liners, such as Torey Krug and Dougie Hamilton. The penalty kill, as is customary for the Bruins, has been outstanding, killing off 85.9 percent of their penalties, while tallying three short handed goals.

3. Depth
Another key part to the Bruins success thus far has been their depth. The young guns, including Torey Krug, Dougie Hamilton, and Reilly Smith have played very well through the beginning of the season. Also adding to their great play has been Kevan Miller, and Matt Bartkowski, who have stepped in to aid the Bruins while Dennis Seidenberg and Adam McQuaid recover. Plus, the Bruins new faces, including Loui Eriksson, Jarome Iginla, Carl Soderberg, and of course, Chad Johnson, have played well, and are doing a good job of adjusting to the Boston playing style.

4. Consistent Offense
Finally, the Bruins offense has been consistently scoring goals. Although they may not be among the league leaders in goals for, the Bruins have posted a pretty decent 2.79 goals per game, scoring 67 goals in their first 24 games, 44 of which have come during 5 on 5 play. To add to this, the Bruins powerplay has improved since the past, where they currently sit with the 14th most successful powerplay in the league. The B's are posting a 19.4 percentage on the poweplay (21.6% at home, and 16.0 % on the road), while allowing just a single short handed goal. The Bruins are 7-3-1 when outshooting opponents, and 7-3-0 when being out-shot.

All things considered, the Bruins have been playing very well, and have earned their spot atop the East. From the looks of it, this could be a very fun season for the B's.