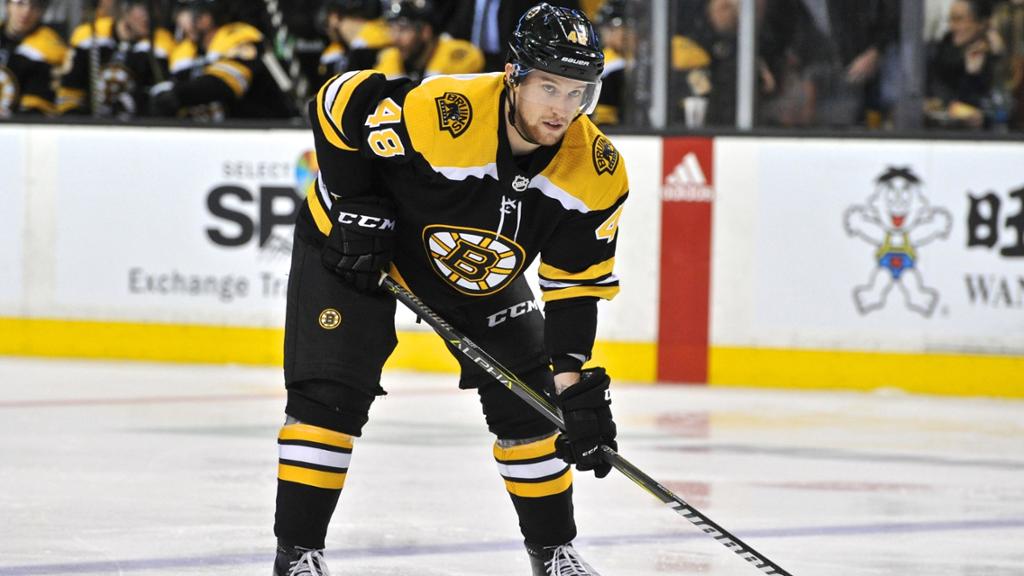 According to Pierre LeBrun the Boston Bruins have re-signed defenseman Matt Grzelcyk, avoiding salary arbitration. The contract is for four years with an average annual value of $3.6875 million a season. The twenty-six year old blue liner accumulated twenty-one points in sixty-eight games this season while providing solid play in his own end.
While not a flashy signing, this was a definite need for the Bruins. Grzelcyk is the only left-shot defense man on the roster with substantial NHL experience outside of depth dman John Moore. With the return of Zdeno Chara in question and Torey Krug's departure, Grzelcyk will be slotted in either the first or second pair on Boston's blue line. The former Boston University Terrier provides stability to a position that has all of a sudden undergone a complete overhaul. While Don Sweeney has seen (deservedly) criticism for his lack of action in this offseason, he was able to lock down an important young defenseman at a reasonable cost.
Gear up in our online store