As the trade deadline looms closer and closer, it becomes more apparent that the Bruins will be forced to make a move before Monday’s clock strikes 3. This time last season is when Chiarelli pulled off separate trades that landed Chris Kelly and Peverley in Boston, two essential pieces in the clubs postseason run. While G.M. Peter Chiarelli said that he would like to keep his defending champion’s line-up intact, injuries to both Nathan Horton (indefinite) and Rich Peverley (4-6 weeks), have forced him into looking at alternative options.

The Bruins are roughly 13 million dollars under the cap, leaving them a lot of free space to sign a big name player to a big time contract. But what are the Bruins options?
Rick Nash (RW) – Columbus Blue Jackets

Nash is the biggest name to float around the trade market this season but it is highly unlikely any of us will see him wearing Black & Gold anytime soon. Columbus has tried to build a franchise around Nash and they feel they should receive plenty in return: a very well established player, two promising prospects, and a first round draft pick.

Reports surfaced a few weeks ago that it would take David Krejci, Dougie Hamilton, and Tuukka Rask in order for the Bruins to pull off a Nash trade and there is absolutely no way that Chiarelli pulls the trigger on something like that. If Nash is traded before the deadline, he will most likely end up in a Rangers uniform.

Teemu Selanne (RW) – Anaheim Ducks
There was a rumor awhile back that Selanne might have come over to Boston and become this seasons Mark Recchi. Unfortunately for Bruin fans, the rumor never amounted to anything. With Anaheim’s recent surge, Selanne, who has a no-movement clause in his contract, might decide that Anaheim is the place he wants to finish his career in.
Ales Hemsky (RW) – Edmonton Oilers 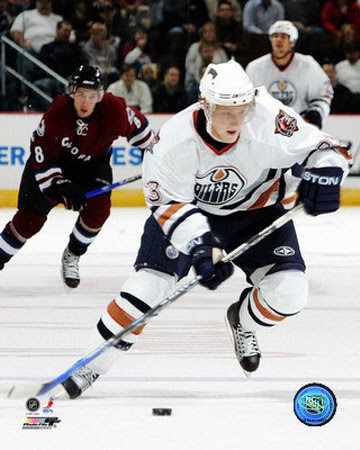 Hemsky is perhaps the biggest risk in this year’s block of players. The 28-year-old winger could provide an explosive offensive burst for whichever team receives him or he could be a massive bust (Tomas Kaberle anyone?). Edmonton is not asking much, a pick and possibly a prospect, and his contract is nothing the Bruins have to worry about, especially on a short-term basis. Hemsky has the ability to light it up but his laziness throughout past seasons will turn a lot of prospective teams off.
Lubomir Visnovsky (D) – Anaheim Ducks
Another potential Duck that could make his way over to Boston is the 35-year-old blue liner. A seasoned veteran, Visnovsky is a monster on the back end who moves the puck extremely well and could be a perfect fit in Coach Julien’s system. His contract would not be an issue (5.8 million that expires after this season) and he could easily become a top four defenseman in Boston. The Bruins would most likely have to give up Joe Corvo, who has struggled at times this season, as well as another player in order to obtain Visnovsky, but the move could really benefit them down the road and into the playoffs.
So what are your thoughts on the Bruins deadline options? Do you agree or disagree? Is a trade even necessary for the Bruins to be a top contender in the spring? Is there anyone in particular you would like to see wearing Black & Gold down the stretch? Let’s hear your thoughts.
- Brandon Desrochers