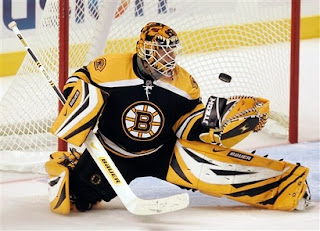 According to a recent article on Yahoo! Sports by Emma Harger, the Bruins are keeping quiet during the free agent frenzy. All ready we say goodbye to Joe Corvo, Benoit Pouliot, and Greg Zanon. Although I would have liked to see Pouliot return, I am not that upset with the trade. Pouliot showed some flashes of brilliance and at other times looked like he was clueless. As for Corvo, the guy was probably the worst defender in the league. The guy had no idea what was happening on the ice and was too much of a pussy to hit or put his body in front of the puck. As for Zanon, he was a good defender, but I don't mind him leaving. The Bruins have depth at defense, and with Hamilton most likely coming up, we should be all right.

Even though Claude is not actively pursuing a top name player, I feel the Bruins need a big time play maker. This past post season we saw how the lack of a scoring presence affected us. I do not approve of getting Rick Nash unless we don't have to give up a lot of talent. Another name to look at is Bobby Ryan of the Anaheim Ducks. I feel if we trade Krejci and another player we could intrigue Anaheim and get that top tier player. Krejci is a hit or miss on most nights, even though he has proven to be a premier player in the NHL I wouldn't be that disappointed in letting him go.

The only reason I can see the Bruins not pursuing a top tier player is if they have positive news that Horton is 100%. We definitely missed Horton during the end of the season, and him coming back healthy will be key to the Bruins success.

As for goalie, I am confident in Tuukka. The guy has proven he can compete in this league, the only thing is it seems every time he's in net the Bruins don't score goals. Hopefully the Bruins can get back on the horse and bring Lord Stanley back to Bean Town.