Parise and Suter to Wild 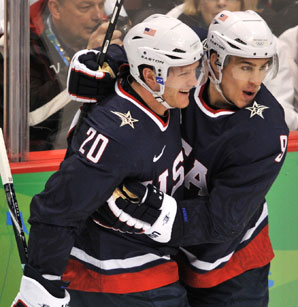 ESPN -Call it a Wild day for Minnesota: On Wednesday, the team landed not one but both of the NHL's top players available in free agency: forward Zach Parise and defenseman Ryan Suter.

Yesterday the Minnesota Wild signed top free-agents Zach Parise and Ryan Suter. This is a huge move for Minnesota as they try and establish themselves as a possible contender this year. As for the Bruins, according to the Boston Globe they pursued Parise but whiffed on the opportunity to bring in one of the top free agent forwards on the market. However, with the $100 million over 13 years the Bruins would have had to pay Parise, they can now save that money and try and find a gem on the market. As mentioned on the Bruins Off Season blog, the Bruins are in need of a big time scorer. I have faith in Chiarelli and Claude to do what is right for the team and come into the pre-season with a team capable of competing for the cup.