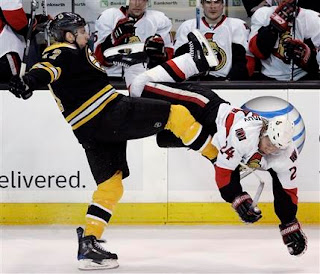 I love the fact that the Bruins are going to be played on National Television a lot more, but nothing beats a good old NESN broadcast with Jack Edwards and Andy Brickley.


Let's hope the new CBA gets passed and the Bruins can have a successful season.