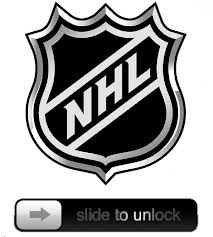 ESPN- The NHL has offered a new labor deal to its locked-out players, proposing a 50-50 split in hockey-related revenue and a full 82-game season starting Nov. 2.

NHL commissioner Gary Bettman announced the offer Tuesday in Toronto, where the league and the players' union discussed core economic issues rather than continuing to focus on secondary issues.
"We hope we've given our best shot," Bettman told reporters.

NHLPA executive director Donald Fehr said that the offer includes a deal that is "at least six years in length" and acknowledged that the union will respond to the proposal "sooner rather than later."

The NHLPA has scheduled a conference call for 5 p.m. ET to discuss the offer with the players' negotiating committee and the union's executive board. But a source told ESPNNewYork.com that it is "doubtful" that the union will formally respond Tuesday.

Great news emerging from the NHL today. After the season was officially shut down a month ago, they finally came to their senses. Maybe it was the fact that they realize the fans had no hope that a deal would come and would loose interest in the league for years to come , or the fact that the NHL has lost themselves millions of dollars.

Either way I said a while back that the two sides should have came to a 50-50 deal before the season was supposed to start last week. Now that it has been about a month the only reasoning I see is that Bettman and the owners wanted to see if the NHLPA would fall into their trap. However, this is great news and it was about time a reasonable offer was brought to the table.

Although the offer has not been accepted I believe both sides will accept it. If not it would just be the NHLPA slapping the owners in the face for fucking them over. But seriously with 50% of hockey related revenue to both sides it is better than what the owners wanted to give the players in the first place, and the players will be making more money in the NHL than they would in the overseas leagues.

Keeping my fingers crossed that the Bruins can get back on the ice and start kicking ass.