Is There Still Hope? 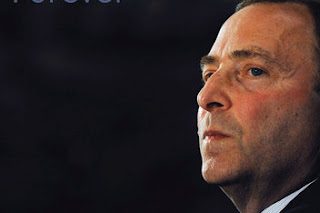 Hope everyone had a great Thanksgiving.

Yesterday was supposed to be the annual Black Friday game at the Garden. Bruins vs Rangers. Well thanks to Bettman we fans were deprived of that. Now it looks less and less likely that a season will occur. Yesterday it was determined that all games up to December 14th and the All Star game are canceled.

We saw this happen in the NBA last year, as they started the season on Christmas Day, so there is a slight chance that maybe, just maybe they can get their shit together and make a deal, but if things don't start heating up over the next week or so then I hate to say it but the NHL season is going to be canceled.