So, after Marchand put another one in the back on the net last night, it got me to thinking, if this was going to be an 82 game season, how many goals would Marchand be on pace for? After doing the math, it comes out to 51, or 55 goals depending on if you count the game he didn't play or not. Either way, 50+ flipping goals? If you had told me last year that Marchand would be in the top 5 goal scorers in the league this year (on a per game basis), I would have called you insane. I was fine with what Marchand was, a 30 goal scorer, agitator, penalty killer, and just all around above average player. But this spree he is on this year? Unbelievable. It has me thinking this kid could legitimately be a 40 goal guy on the regular. Sure, some of the goals have been slightly fluky, right place, right time, yada yada. But, you flip that around, and those big time goal scorers, they just know where to be and where to put that puck when its on their stick. Sure, he will never be Stamkos or Crosby or Malkin. He will never wow you with his insane natural ability, though he does have plenty of that. He will never have the burners that Seguin has. BUT, he has that innate skill that just cannot be taught to throw that puck in the back of the net. It appears his release has quickened this year, whether that is true or not is hard to say, but it seems like a lot of his goals are coming when he shoots before the goalie is ready. His shot is catching goalies off-guard, and maybe they can adjust to this, and since he isn't a Stamkos or Malkin, he wont be able to use an incredibly high level of skill to make adjustments to that. But, the kid is only 24, and he has consistently gotten better on a year to year basis, so he obviously has the ability to make adjustments. Either way, this spree that Marchand is on is a thing of beauty, and we can only hope it keeps going the way it has. As always, follow me @CultOfBelichick or check out my page here: http://www.bruinslife.com/search/label/CultOfBelichick 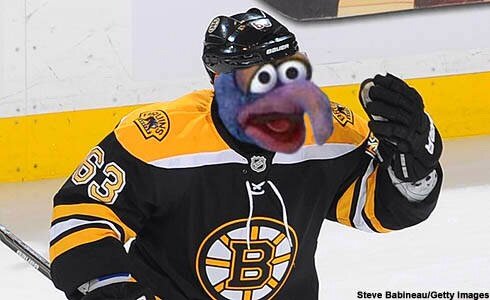