Keys To The Game Vs. Philly

For the first time this season the Bruins are going up against the Philadelphia Flyers. The Bruins and Flyers have had bad blood in the playoffs more than the regular season. In 2010 the Flyers came back from a 0-3 series defecit to beat the Bruins. The next year during the 2011 cup run the Bruins swept the Flyers in 4.

So far this season the Flyers are 11-13-1 and tied for last in the Atlantic Division. The Flyers had problems at the beginning of the season and havn't yet recovered. The team also still has shaky goal tending even after trading for goalie Iyla Bryzgalov. 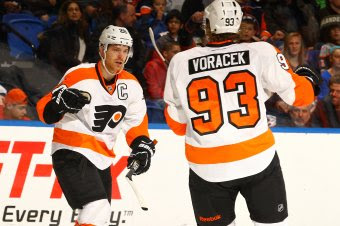 1) Voracek and Giroux. Because the root of the Flyers scoring is so obvious, it also makes it obvious who the Bruins need to focus on. The Bruins defense hasn't been the best it can be this season due to the lockout induced season. The Bruins have to get back to their elite defensive ways.

2) Third Line. The third line, also known as the high glass line, has a new line mate in Jordan Caron. Caron was recovering from injury and when he was healthy again for some reason Bourque still had the job. But now Caron is back and ready to bruise. Hopefully this takes some pressure off Kelly and Peverly. The two need to relax and just play their game. 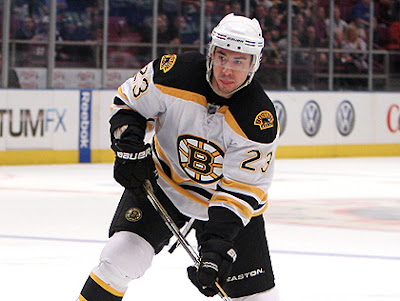