Keys To The Game Vs. Pittsburgh

The Bruins and Penguins are going head to head for the second time in four games. The Bruins had a 2-0 lead in the third period which they blew within the final 10 minutes of the period.

The Penguins are coming off of a shutout win against the New York Rangers. Which isn't easy to do. Both teams also have the momentum of a good win. The Bruins beat the Capitals 4-1 in another matinee game on Saturday. 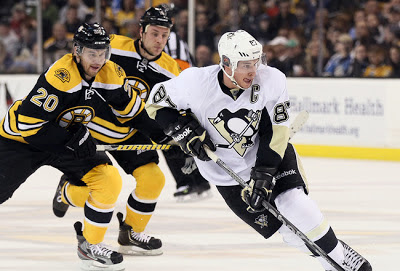 1) Vokoun. According to dailyfaceoff.com Tomas Vokoun will be in net versus the Bruins, Marc-Andre Fluery shutout the Rangers. It was announced he would start but after Fluery shutout it is unkown if Vokoun or Fluery will be in net. Fluery has a tendency to let in shots stick side. Vokoun is a better all around goalie than Fluery but is older. If he tires out it'll likely be in the third period. 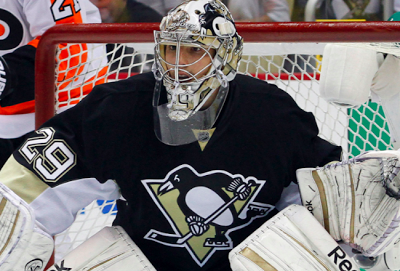 2) Krejci Line Click. The first line scored two goals against the Capitals when Nathan Horton and David Krejci scored. Lucic had 3 assists. Bruins fans have been looking for more from the line in recent games and they responded. The Bergeron line has played great all season but with the third line woes the Krejci line needed to step up. They did against the Capitals. Hopefully they can continue the production.