Keys To The Game Vs. Devils

The Bruins are coming off of a 3-2 win against the Ottawa Senators and now, after the trade deadline on Wednesday, look forward to the rest of the season. The Bruins start by facing last years Eastern Conference Champions the New Jersey Devils.

The Devils are 15-12-9 this season and are tied for second in the North East with 39 points. The Devils made a move for the 38 year old winger Steve Sullivan on the deadline day.
other than that the Devils, much like the Bruins, didn't do much during the deadline.

The Bruins key aquisition Jaromir Jagr will be in the line up tonight for the first time. From practice it looks like Jagr will play on the Bergeron line. The Bergeron line doesn't have Bergeron though, as he is out with a concussion. Seguin has moved to center and therefor this new line of Jagr-Seguin-Marchand is the Seguin line.

The new line has the Bruins top goal scorers. Brad Marchand with 14 and the newly aquired Jagr who also has 14.

2) New Energy. With Jagr in the line up the Bruins are poised to score. Especially with Jagr, Seguin, and Marchand. While Krejci probably wanted to skate with Jagr the most, there is still the power play to look forward to. The Bruins finally have a chance to get the powerplay going. 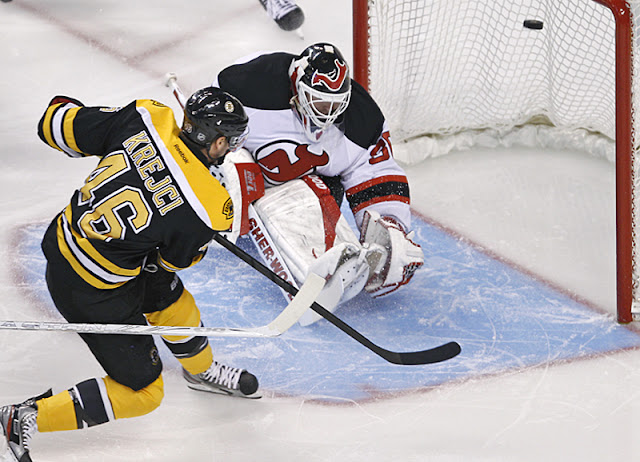