Bruins vs Penguins: Keys to Game 1

It's finally time for the Eastern Conference Finals. With it comes the toughest challenge the Bruins will have to face all season; the Pittsburgh Penguins.

What do the Bruins need to do to win? They have to do the best they can to stop the high offensively powered Penguins. It'll most likely be Bergeron on Crosby and Chara on Malkin. Crosby is to fast for the lumbering giant chara, so Bergeron will have to match up against Crosby.

This series is going to be a good one as there's plenty of drama. Here is a recap for the pink hats that don't know what happened.

1) Iginla. Jarome Iginla was traded to the Boston Bruins. It was going to be a breath of fresh air for the Bruins who were struggling late in the season. But then very early the next morning, Bruins fans woke up and found out Iginla actually went to the Penguins. The whole thing seemed weasly, mainly on Calgarys part, but it made Iginla one of the most hated players around Boston. Almost on LeBron level. The Bruins have to want revenge, the fans sure do. Iginla chose Pitt over us because he thought he had a better chance of winning the cup with them than us.

2) Jagr. Jaromir Jagr spent the majority of his career and was drafted by the Penguins. When Jagr decided to return to the NHL he chose the Flyers over the Penguins. It's unknown how fans will react in Pitt. 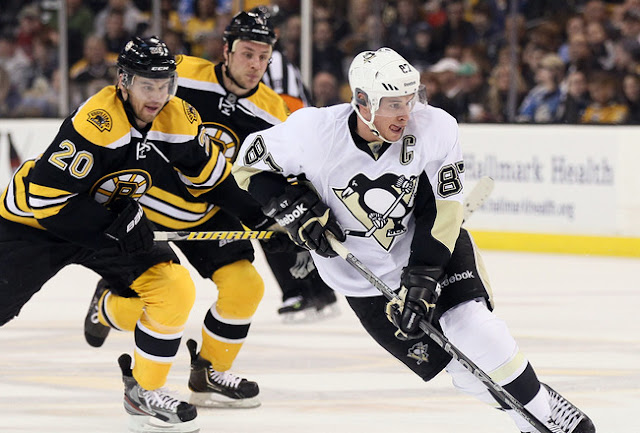