Who is Loui Eriksson? 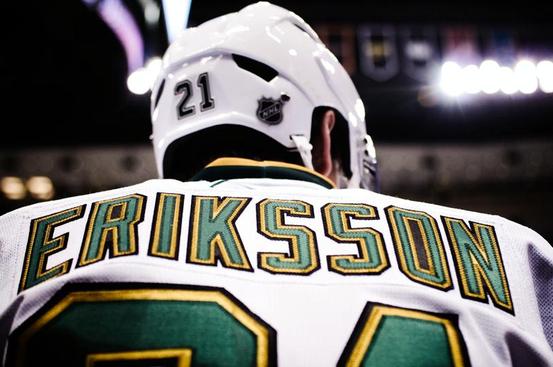 As many of us are recovering from the 4th some of us are just coming to the realization that the Bruins dished 21 year old Tyler Seguin and Rich Pevereley to the Dallas Stars in exchange for three prospects and 27 year old Swede winger Loui Eriksson.

Loui Eriksson has spent all 7 seasons as a Dallas Star after getting drafted 33rd overall in 2003. He tallied 29 points in all 48 games this past season with 12 goals. The previous year he led the Stars in points with 71 lighting the lamp 26 times while assisting  45 goals.

Joe Morrow is a 20 yr old defensemen drafted by Pittsburgh 23rd overall in 2011 and dealt this spring to Dallas for Brenden Morrow. He stands at 6'1" 204 pounds.

Matt Fraser is a 23 winger who was undrafted making his debut in 2011 in one game and playing in 12 games this past season registerring a goal and two assists.

Loui Eriksson should replace either Horton or Jagr's spot on the first or second line.

The other three may see some playing time here and there, but will probably spend a majority of their time in Providence.

Expect Joe Morrow to make a push for a defensemen spot between the young guns of Bartkowski, Hamilton, and Krug.

In other Bruins news free agent defensemen Andrew Ference just signed a 3 year deal with Edmonton. Good luck to Andrew and good luck to Tyler and Rich as they all get a fresh start.