Ahhh, doesn't it feel great to know that the Bruins beat the Habs last night. Sure, it was preseason, and sure, it didn't really mean much at all, but come on, it's always nice to smoke the Canadiens. Anyway, all premature trash-talking aside (although feel free to chirp any Montreal fans), we did see a couple promising hints during last night's game, including a pair of goals by the new man in a spoked B, Jarome Iginla. Watch here as Iggy tacks up his first as a Bruin, and the Bruins' first of the preseason (via Hockey Media Nation on Youtube)

Due to some minor technical difficulties (user error), this was the only video you can view directly on the site. But, technology will not get the best of us this time!

Here is a link to see Iginla's second goal of the night, (eventual game winner), via bostonbruins.com. 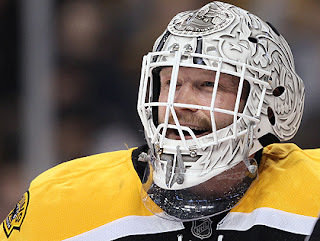 Okay, now for all of you Timmy Thomas stalkers who wanna know what's going on with him (so pretty much everyone). I mean, come on the guy's done some crazy stuff (but guys, remember, he won us a cup, so let's be thankful, because there's no denying that he's a fantastic goaltender, and an interesting guy. But really, he's a good guy, and I think we all really do like him, and respect him. The guy's a Bruin, and after his time in Florida, he'll be remembered as a Boston guy, the guy who brought home Lord Stanley's beautiful Cup. Thanks, Timmy.). So yeah, here's Tim Thomas talking about stuff (via nhl.com).

(Some stuff about the Bruins here, too)

This one's the short version:
http://video.nhl.com/videocenter/console?intcmpid=nav-video-main

Alright Guys, as usual, be sure to comment below on either piece, both Jarome's good start, and Timmy's interview.

HOCKEY IS COMING BACK BABY!!!