Bruins vs Ducks: keys to the game

The Bruins are getting set to play their second game in two nights. The B's are coming off of an intense but dissapointing lose to the Pittsburgh Penguins. Tonight they'll look to avoid losing their third game in a row as they play the Ducks.

The Ducks have had a very impressive season as the team has finally establish some depth. The Ducks traded Bobby Ryan in the off season but they got in return Jakob Silfverberg. They also signed Dusti n Penner in the off season who has been a spark to the Ducks on the third line.

Of course one of the Ducks strongest suites is their goal tending. The Ducks have three solid goaltenders, one a suprise (rookie), who has been in replacing Viktor Fasth. His name is Frederik Andersen and so far this season he is 3-0 with a 1.50 GAA.

1) Perry & Getzlaf. The Ducks have become a deeper team but their two stars are still key benefactors to their team. The tandem has tremendous scoring ability in Correy Perry and a guy to dish him the puck in Getzlaf. The Bruins need to make sure Chara is out on the ice when those two are.

2) Short Shift 'em. The Bruins are just coming off of an extremely intense game against the Penguins. While the Bruins didnt play very hard during the whole game, they had bursts of intense play, and now had to fly to Boston to play against Anaheim. If the Bruins stay out there to long on shifts then they could end up getting burned and going down a goal. 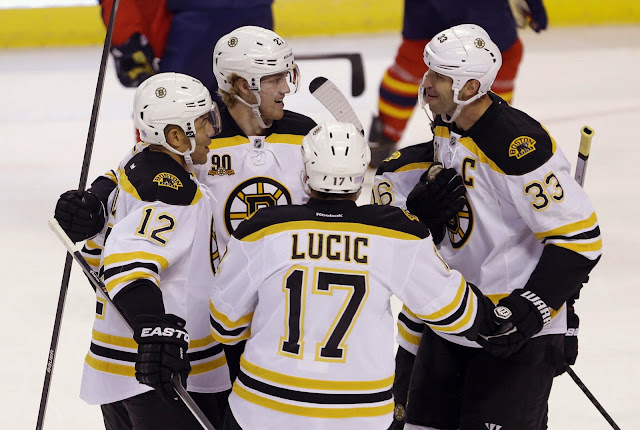