Bruins vs Lightning: keys to the game 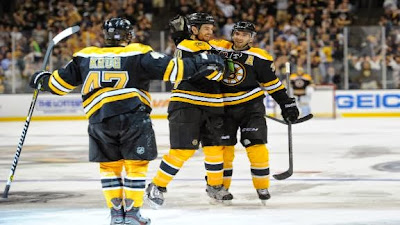 The Lightning are 5-2 this season thanks to improved goal tending from Ben Bishop. Bishop has a 5-0 record and a 1.57 goal against average. Its a stark difference from last season when Tampa had one of the worst goal tending tandems in the league.

Of course the Lightning also have the help of the best goal scorer in the NHL, Steven Stamkos. In 7 games Stamkos has 5 goals and 5 assists. It just goes to show the kid is nasty good. Not like that is anything new.

1) Top Heavy: Tampa Bay has some tremendous talent on their team. Unfortunately for them it mainly comes from their top two lines. The Bruins need to focus on those top two lines and get physical with them in order to shut them down. While its near impossible to shut down Stamkos, the Bruins can make sure he doesn't get help from his line mates.

But Bergeron lost both his line mates from last season in Tyler Seguin, who was traded, and Brad Marchand, who was dropped to the third line. Bergerons line has continued to excel though as the line scored the game winning goal against the Panthers Thursday night. The Bruins need that success to continue.