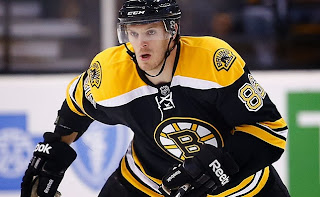 Getting called up from the AHL is an exhilarating time for any player who is eager to make his mark in the National Hockey League. However, most of the time, these last minute call ups are quick, and the player won't see much ice. After all, it's hard to place a lot of trust in the hands of someone who isn't used to competing with the league's greats, especially in a city who cherishes hockey as much as Boston.

But for Boston's recent call up, Kevan Miller, this has not been the case. The Bruins staff has showed plenty of confidence in the 26-year-old defenseman, who proved to be a worthy man to step in when the Bruins blue line needs backup. Miller got his first career NHL start last month, where he stepped in for three games in place of the injured Dennis Seidenberg and Adam McQuaid. Throughout these three games, Miller averaged 17:27 of ice time (including more ice time than Krug in two of those appearances), and was out there on a number of key shifts, showing the surplus of trust  from the Bruins coaching staff.

“There are so many things that have happened in our game, from guys being free agents to probably becoming Hall of Famers to all kinds of things. We don’t judge individuals by where they’re drafted more than by their play. He’s played well enough to earn that ice time when he’s had to.”

Kevan certainly noticed the confidence radiating from the coaching staff.


“It was good,” he said on Tuesday. “It shows the organization has some trust in you, which is good. It’s obviously good for me as a confidence-booster.” 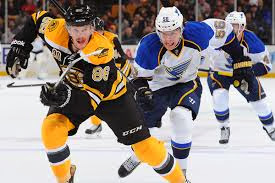 Now, with the uncertain status of Torey Krug and Adam McQuaid, Miller may get another shot. He was paired with his former AHL defensive partner Matt Bartkowski during Tuesday's practice. If Krug and McQuaid can't play, then you'll more than likely see the Miller-Bartkowski duo serving as the Bruins third defensive unit.

Want to get more love from Boston, Kevan?- Go give it to the Habs!!!