Nick Johnson will be filling in for Daniel Paille for the remainder of the Bruin’s Canadian road trip as he did Tuesday night against the Flames. Tonight in Edmonton and Saturday against Vancouver the 4th line will again consist of Johnson, Gregory Campbell, and Jordon Caron with Shawn Thornton still sitting out after his incident against the Penguin’s Brooks Orpik. 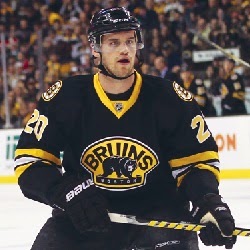 Paille was sent home Wednesday with an undisclosed upper body injury. Hopefully it isn’t too serious as the Bruins already have a heavily injured roster with Adam McQuaid, Loui Eriksson, and Chris Kelly on the IR, Dougie Hamilton day to day, and Thornton sitting out as I mentioned above. Injuries aren’t the only thing keeping the Bruins down either. It seems that everybody who isn’t injured has the flu.

Zdeno Chara, call up defenseman Kevin Miller, Campbell, Tuukka Rask, and back-up goaltender Chad Johnson have all had to battle through flu like symptoms and all of them doing it far from home in Western Canada. Johnson was in fact supposed to start in his hometown of Calgary Tuesday night but was too sick to get in net.

I was half joking in an article I wrote a few days ago basically saying who’s next? With all the injuries they had it seemed like it would never stop, and apparently it hasn’t. These guys are still finding ways to win despite being hurt, sick, and on the road. Luckily they are in a bit of a soft spot in their schedule right now and I’m sure that is helping. Having won in Toronto and Calgary already on the 4 game trek through the North Country I’d say that it has already been a success given the hardships the boys are facing.

Will the B’s close out the road trip? Tell us what you think on Twitter @BruinsLife @billman93.