Bruins looking to bounce back after rough stretch 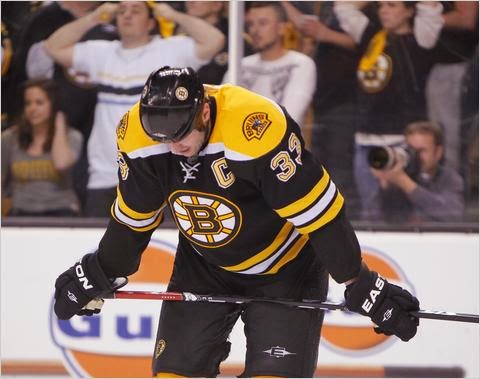 The Bruins have lost 5 of their last 8 games. More recently, they have lost 3 of their last 4. However I like to think that they are 1-1 since the return of Loui Eriksson and Shawn Thornton. Put it however you want but the more recent losing ways, in my opinion, have a lot to do with the loss of Dennis Seidenberg on the back end. The B’s have been dealing with the loss of defensemen between injuries and illness for over a month now with McQuaid, Boychuck, Bartkowski, Chara, and Hamilton all missing games for one or the other. Up until the game against Ottawa where Seids was injured, he, Krug and for the most part Chara had been the only constants on the Bruin’s blue line. Seidenberg and Chara did a lot to anchor the Bruins while other members went missing and younger members were left to try and fill the voids. The loss of Seidenberg has been felt in the win column and it doesn’t help that now Dougie Hamilton is out again, this time with a mild concussion suffered in the win against San Jose.

It’s time once again for the younger, less experienced members of the B’s defense to step it up and help get the boys out of this losing rut. Kevin Miller is getting his first shots at the big time playing in his first NHL games thanks to the many injuries on the Bruin’s backend and he knows it is up to the rookies as much as the vets to get the team going.

There are tons of leaders in this room and the younger guys, myself, we can look to the older guys to kind of calm us down and keep us ready for the games I think. We've got a big road trip coming up so we just have to get back to the details and good parts of our game. Everybody has their job in here, everyone has their role, and I think everyone knows that. Guys just need to look at themselves, me included, and play their role, do their own job and we'll be fine.

Fighting through and adjusting to missing players won’t be as easy as it was in the month of December either. The month of December saw them play the majority of their games against teams that were all at the bottom of their respective conferences with the exception of a few including, at the time, 8th place Vancouver. That game didn’t exactly go well seeing the Canucks win 6-2. The backend of January has them traveling to Big D tonight where the Stars are fighting for a playoff spot for the first time in a while followed by a trip to Chicago against a Blackhawks team who are second in the West and second in the NHL. The Blackhawks are 4-1-5 in their last 10 games so that will be a game of 2 good teams desperate to get their seasons back on track. Then it’s right back to Boston for a rematch against the Kings the very next afternoon then getting 4 days off before playing Philly. Hopefully the rest can help them get pointed in the right direction before finishing off the month against a tough Philly team, a back to back against the bottom feeding Islanders and Panthers and then ending January by welcoming Montreal to Boston.

The Bruins Captain Zdeno Chara knows the road ahead will be a tough one.

Good teams. It's going to be challenging for us. We know Dallas is playing with a lot of speed and skill, and we obviously know about Chicago. Just got to get ready for Dallas, and then we'll worry about Chicago - the focus right now is on our first game.

Coach Claude Julien has confidence that his team will pick up their game because they have to.

We’re not always good, but I never question the character of this hockey club. They’ve always been resilient, and they will continue to be resilient. Like I said, it’s just going through that situation that I think our team has got to pick its game up and be better.

Follow @Billman93 and @BruinsLife on Twitter and let us know if you think the B’s will turn it around or will the injury plague finally catch up and take the Bruins down from the top of the standings.