Bruins vs Blackhawks: this is hawkward 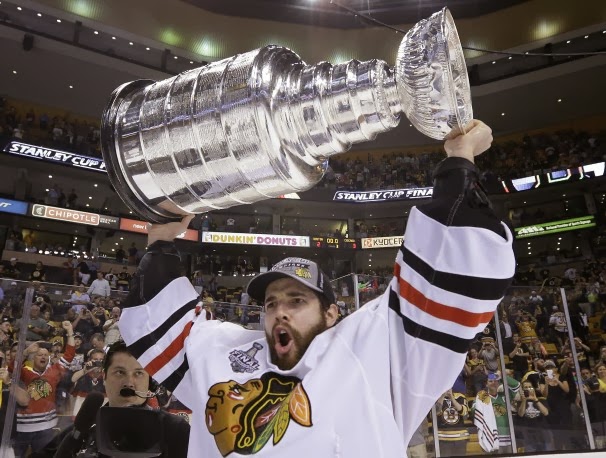 Today the Bruins will be in Chicago to play the team that beat them in the Stanley Cup Finals. It'll be a sad day and a day of pain for the Bruins and Bruins fans. Thank goodness though we lost to a classy team and fan base like Chicago instead of Vancouver. Can you imagine if we lost to them?

So, to no surprise whatsoever, the Chicago Blackhawks are a wicked pissah hockey team. They have an amazing offense, a great defense, and good goal tending. A combination that has earned them a 31-8-11 record. Just a bit better than the Bruins 30-15-2 record.

The season after the Bruins beat the Canucks in the 2011 Stanley Cup, the Canucks, with Loungo on the bench, came out and beat the Bruins in a heated game. The Bruins can do that too but it depends on how the team plays.

2) Tuukka Time: It'd be nice to see Tuukka have a great game tonight and snap out of the cold streak he has been in. Tuukka seemed like a Vezina candidate towards the beginning of the season but he has cooled off. With the Olympics approaching though, Tuukka's mind may be else where.