The Bruins are in Anaheim where they will start their West Coast stint. The game tonight will be at 10 PM for us here on the East Coast so you might want to plan a trip to Dunkins in your schedule tomorrow, because its going to be a late night.

Perry also has some chip to him, as he stole Semins stick in one game (below).

2) Ducks Defense: The Ducks are one of the few teams in the league that has a mainly offensive minded defense that can actually play defense. It works for them. The Bruins will have to work just as hard against them as other defenses and have to watch out for the Ducks D-Men putting the puck in the net. 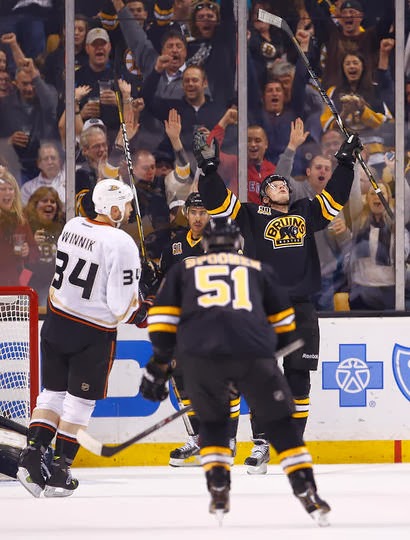