Bruins vs Kings: off with their heads 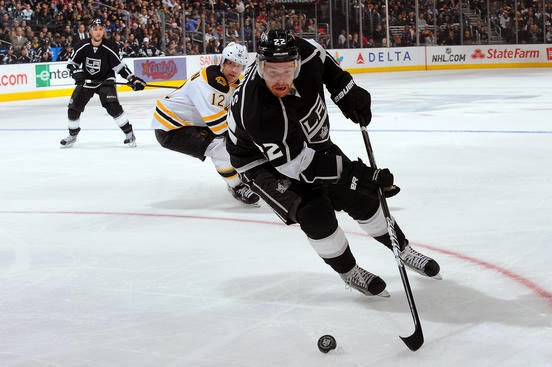 A rarity on a West Coast road trip is facing an NHL team with great goal tending and good defense. But that's what the Kings are, a defensive minded team with a great goalie, and a team that also has some pretty good offensive players to go along with it.

So, basically, it should be a better game than the one in Anaheim.

1) Center Of The Game: Both the Bruins and Kings have another thing in common when it comes to hockey, and that is, the centers the teams have. The Kings and the Bruins both have amazing centers and an abundance of them (Kopitar, Bergeron, Richards, Carter, Krejci, Stoll, Spooner, Campbell). Each guy is great in his own aspect of the game and all of them can win faceoffs. The game might come down to a few key draws in the game and it'll be interesting to see who wins them.

2) Bruins Defense: I think for the first time ever since I started writing for Bruinslife, I have to make the Bruins performing well on defense a key to the game, because of poor play. It just goes to show how important Seidenberg was. Now it is crucial for McQuaid or even Boychuck to step up until the Bruins trade for a replacement. And if the Bruins lose tonight, a trade will be coming even sooner.